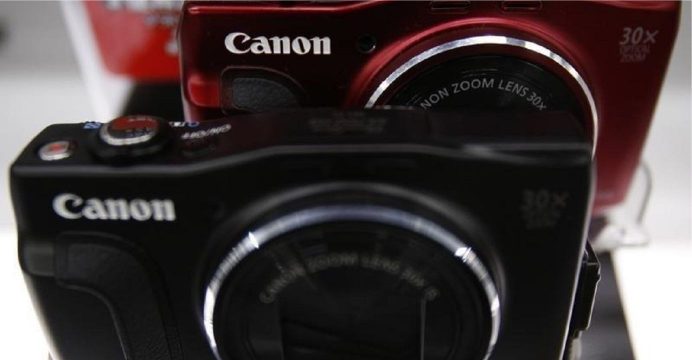 Japan’s Canon Inc said it expects operating profit to surge in 2018 to its highest level in a decade, helped by cost cuts in its copier and printer business as well as growth in new fields such as medical equipment and surveillance cameras.

Cost savings and expanded sales of consumable products such as ink cartridges will help drive operating profit in its copier and printer business some 30 percent higher this year, it said.

Acquisitions made to make up for revenue lost as consumers use smartphones instead of compact cameras will also help. Recent purchases include CT scanner and ultrasound equipment maker Toshiba Medical Systems and Swedish video surveillance firm AXIS, reports Reuters.

Canon, which has a market value of some $52 billion, is also benefiting from robust demand for organic light emitting diode (OLED) screens in smartphones, with its OLED panel-making equipment unit flooded with new orders.

Additionally, strong demand for memory chips used in data centers and smartphones is expected to boost sales of its semiconductor lithography equipment.

Expectations of a profit jump come despite Canon assuming a stronger yen for this year. It expects the Japanese currency to average 110 against the U.S. dollar, a rise of around 2 yen.