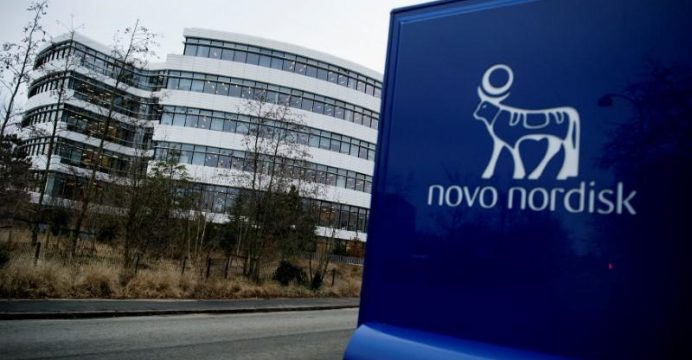 Ozempic, known generically as semaglutide, will compete with others in a class known as glucagon-like peptide-1 (GLP-1) analogs, which imitate an intestinal hormone that stimulates the production of insulin.

Ozempic, known generically as semaglutide, will compete with others in a class known as glucagon-like peptide-1 (GLP-1) analogs, which imitate an intestinal hormone that stimulates the production of insulin, reports Reuters.

Ozempic is a once-weekly injection that Novo Nordisk hopes will take market share from Trulicity, which has been cutting into sales of Novo Nordisk’s once-daily Victoza. Novo Nordisk is also developing an oral form of semaglutide.

The company said it plans to price the drug at $676 per prescription, which it described as “at parity” to current market-leading drugs in the same class.

The approval comes as Novo Nordisk faces pricing competition to its existing diabetes products. The company is banking on Ozempic to help drive the overall growth of the GLP-1 market, which includes Trulicity and AstraZeneca Plc’s once-weekly Bydureon.

Novo Nordisk is betting that Ozempic’s proven heart benefit and weight-loss advantage over rival products will increase its attractiveness both to physicians and insurers.

Analysts at Credit Suisse estimate that by 2022 Novo Nordisk will have captured roughly 60 percent of the GLP-1 market compared with an expected 53 percent in 2017. They expect Lilly’s GLP-1 share will increase to 33 percent from 29 percent over the same period.

Diabetes drug companies are under pressure from insurers to offer attractive prices in return for a formulary position, the list of medicines approved by an insurance company for reimbursement.

Dr Todd Hobbs, Novo Nordisk’s chief medical officer, has said the company planned to “take a very competitive strategy with the payors” in order to gain market share. He said the company has strong relationships with prescribers built up over the years with Victoza.