Bali’s international airport will re-open Wednesday afternoon after a nearly three-day shutdown, Indonesian airport authorities said, as ash from a rumbling volcano that looms over the island paradise shifted direction.

The eagerly awaited decision opens up a window of hope for some of more than 120,000 tourists stranded after a spike in activity at Mount Agung grounded hundreds of flights since Monday.

But airport officials cautioned that the only direct international gateway to the tropical island could be shuttered again if winds change direction and towering columns of smoke and ash pose a risk to flights. 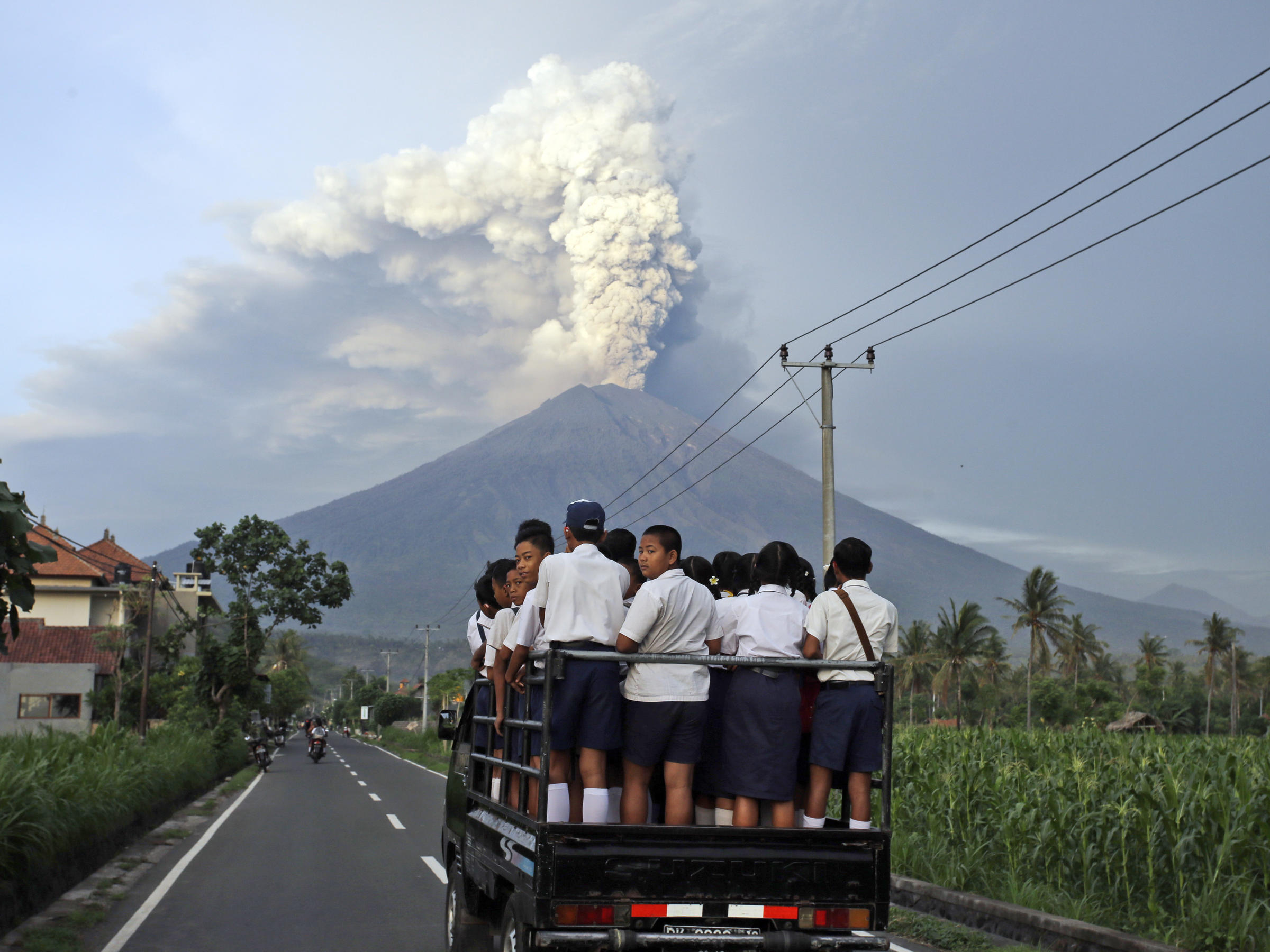 But “we are going to constantly monitor the situation on the ground,” he added.

Ash is dangerous for planes as it makes runways slippery and can be sucked into their engines.

Mount Agung could produce a major eruption at any moment, officials have warned.

Tens of thousands have already fled their homes around the volcano — which last erupted in 1963, killing around 1,600 people — but as many as 100,000 will likely be forced to leave, disaster agency officials have said.

Experts said Agung’s recent activity matches the build-up to the earlier disaster, which ejected enough debris — about a billion tonnes — to lower global average temperatures by around 0.3 degrees Celsius for roughly a year.

“Small eruptions have been happening continuously but there’s still the possibility of a bigger, explosive eruption,” said I Gede Suantika, a senior volcanologist at Indonesia’s volcanology agency.

“Activity remains high and we are still on the highest alert level.”

Roadside signs that read “Volcanic danger zone. No entry!” underscored the potential risks of staying behind.

There is a 10 kilometre exclusion zone around Agung, which is 75 kilometres away from the beachside tourist hub of Kuta.

As of Wednesday around 440 flights had been cancelled since the start of the week.

The airport on nearby Lombok island — also a popular tourist destination – – has opened and closed several times in the past few days. It is currently open.