German police presented on Tuesday diaries, pairs of glasses and other items belonging to late Beatle John Lennon that were stolen from his widow Yoko Ono in 2006 and eventually ended up in Berlin.

Police arrested a man in Berlin on Monday suspected of receiving the 86 stolen items, which include Lennon’s last diary that ended on the day he was shot and killed in New York on Dec. 8, 1980.

“This day contains the entry that on that morning John Lennon and Yoko Ono had an appointment with Annie Leibovitz to take a photo which I think is world famous,” Berlin prosecutor Michael von Hagen told a news conference. 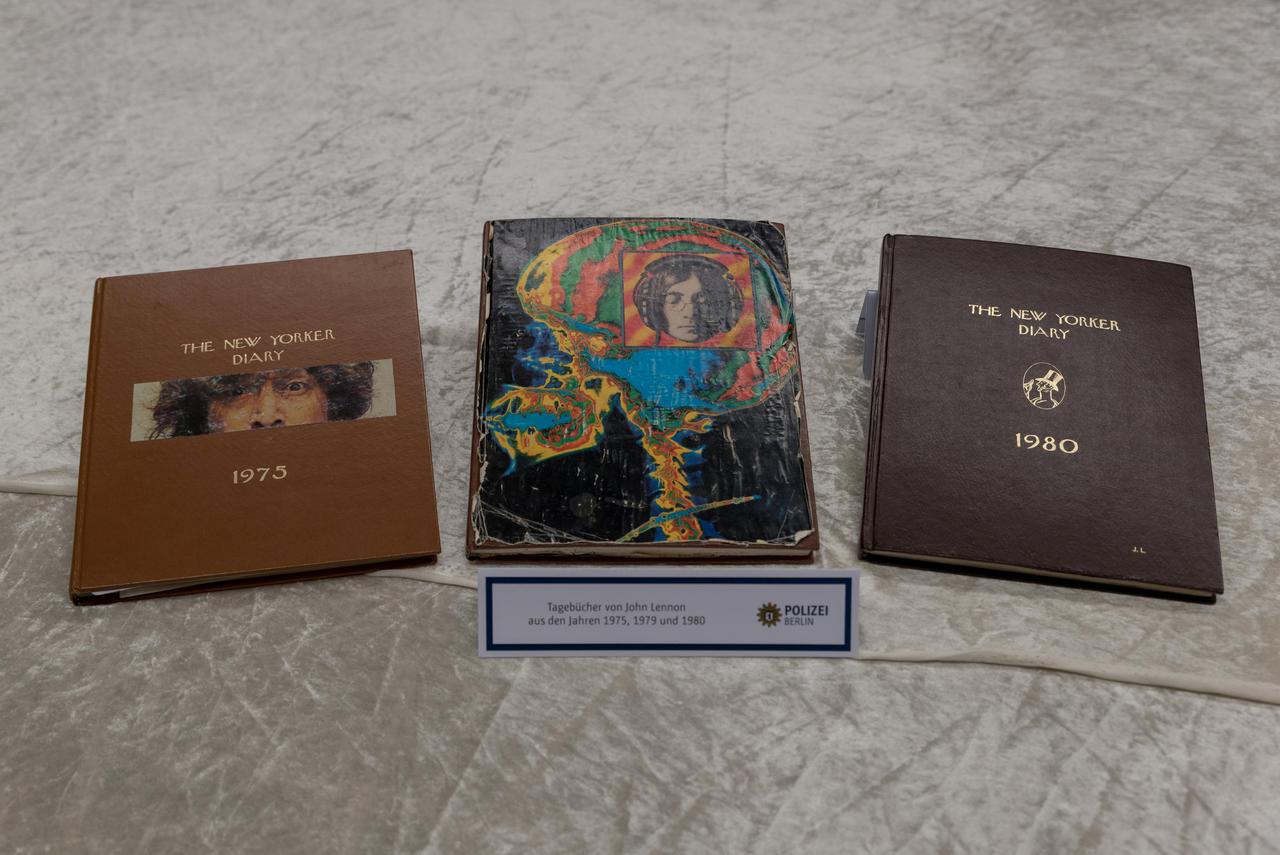 The Leibovitz portrait of a naked Lennon curled up around Ono on their bed ran on the January 1981 cover of Rolling Stone magazine.

Carsten Pfohl, head of property crime for Berlin police, said investigators had found one of the pairs of glasses and a receipt in Lennon’s name hidden in the trunk of the car of the accused on Monday.

The Berlin police was alerted after they were found by the administrator for a bankrupt auction house, which had previously valued the objects at 3.1 million euros.