The winning bidder for the biggest truffle at this year’s Alba White Truffle auction in Italy, from Hong Kong, paid 75,000 euros for a well-rounded truffle weighing 850 grams.

Master truffle hunter Piercarlo Vacchina has trained his two dogs Rocky and Jimmy to hunt for the delicacy but says the last few years of drought have taken their toll. He insists he’s not in it for the money any more.

“More than the money, I’d say it’s the passion – because unfortunately in the last few years, it’s been really hard to pay even the dogs’ expenses, the vet bills and everything,” he says. 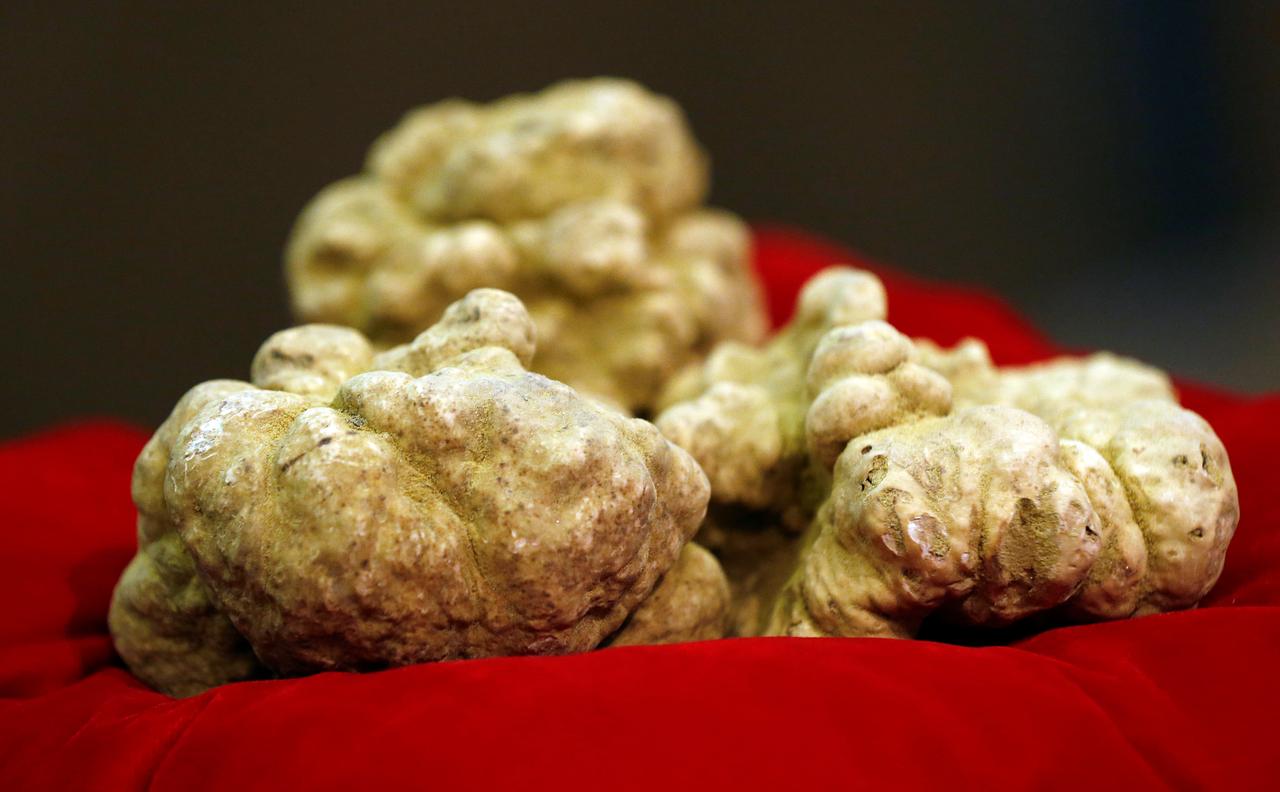 Alba, a small town in the northwestern region of Piemonte, is known as Italy’s white truffle capital.

Every year at this time it hosts the famous International Alba White Truffle Fair which attracts around 100,000 visitors from all over the world who come to buy, sell and smell the tasty tuber.

A highlight of the fair is the truffle auction, now in its eighteenth year, with proceeds going to charitable causes. This Sunday it took place in Grinzane Cavour Castle with live satellite links to Hong Kong and Dubai.

But climate change, drought and severe storms, and a trend to grow more vines for wine, have undermined production and sent prices soaring.