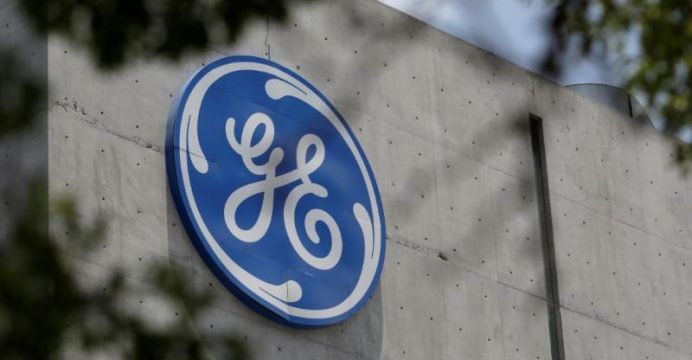 General Electric prepares to slice up its empire again﻿

Shareholders appear resigned to a cut in dividends, the first since 2009, as GE had only $7 billion in cash flow at the end of September, but was due to pay out $8 billion.

Hammered by financial markets, with its market capitalization down more than $100 billion since January, the maker of jet engines and power turbines is paying dearly after making losing bets that the energy sector, in particular, oil and gas, would grow indefinitely, reports BSS.

Shareholders appear resigned to a cut in dividends, the first since 2009, as GE had only $7 billion in cash flow at the end of September, but was due to pay out $8 billion.

“There is no scared cow,” newly installed CEO John Flannery has said repeatedly about the need to cut costs and restructure.

To rebuild trust, Flannery, who has been CEO for only three months, will roll out plans to revive the company on Monday. Deutsche Bank analyst John Inch said there was no way to sugarcoat the situation.

“They have a crisis of investor confidence,” he told AFP. “GE is in a cash crunch.”

Scott Davis of Melius Research put it even more starkly, calling the company “disgraced” and saying it “needs to clean house as fast as possible.”

Flannery took the helm after 16 years of leadership by Jeff Immelt, who sold off GE’s stake in TV and movie giant NBCUniversal as well as its household appliance segment and much of its banking and finance business.

The newly-installed GE chief will unveil another austerity plan that will include significant layoffs, according to a source who spoke to AFP on condition of anonymity. The power generation business GE Power will be particularly hard hit.

The belt-tightening follows a $2 billion cost-cutting program that already had seen staff levels fall 11 percent to 295,000 over the course of last year.

SELL EVERYTHING, NOT NAILED DOWN

GE also is likely to close its research and development centers in Shanghai, Rio de Janeiro, and Munich, leaving the company with R&D facilities only in New York and Bangalore, India.

The company declined to answer queries from AFP on the plan, but in mid- October Flannery told CNBC: “It’s a pretty straightforward thing that we have to tighten the belt.”

The company expects to cut more than $2 billion in additional costs, according to another person familiar with the matter, and also may announce the sale of its transportation and medical IT segments.

The transportation unit produces locomotives and last year had revenues of $4.7 billion. The medical data management group led by API Healthcare and its subsidiary Centricity EMR, are part of a GE branch that took in $18.3 billion in 2016.

Selling these businesses could bring GE a big step closer toward its goal of shedding $20 billion in assets over the next two years.

Another route the company could take involves spinning off its aircraft leasing operation GE Capital Aviation Services, which maintains a fleet of nearly 2,000 aircraft.

“GE will likely sell anything that isn’t nailed down,” Davis said.

Beyond its financial picture, GE will have to repair damage to its corporate image following revelations that former CEO Immelt secretly traveled on a corporate jet at company expense.

Experts said the practice, which was halted in 2014 after an employee spoke out, was symbolic of the mismanagement, waste, and lack of internal controls which led to the current crisis.

Under pressure from activist investor Nelson Peltz, Flannery has promised to change the company’s culture and may announce new steps in that direction.

He already has put the company jets up for sale, canceled the corporate car service, and called off the annual three-day retreat for executives that was due to occur at a luxury resort in Boca Raton, Florida.