Prime minister Sheikh Hasina on Sunday urged the parliaments of Commonwealth Parliamentary Association member countries to exert pressure on the Myanmar government to stop persecution on its Rohingya citizens and take them back from Bangladesh at the earliest.

‘I would like to request you all to discuss the Rohingya issue with utmost importance and exert pressure on the Myanmar government to stop persecution on its citizens [Rohingyas]and take them back at the earliest,’ she said. 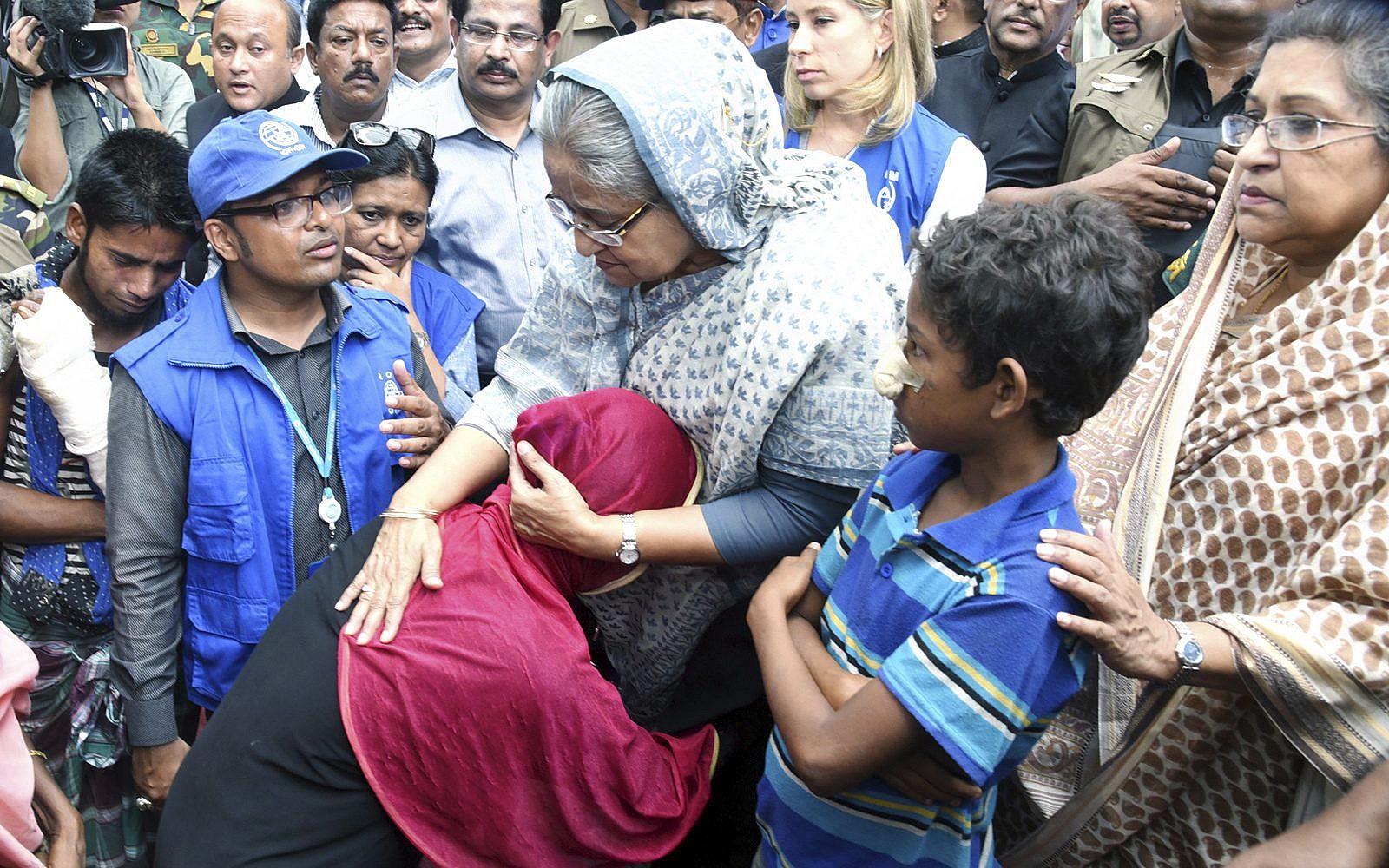 The prime minister was officially inaugurating the 63rd Commonwealth Parliamentary Conference at the South Plaza on parliament premises in Dhaka.

She said ‘Friendship to all, malice to none’ is Bangladesh’s policy in maintaining relations with foreign countries. ‘Especially, we’re eager to maintain good relations with our neighbours.’

But, the prime minister said, the inhuman persecution inflicted on the Rohingya population in the Rakhine state of Myanmar and their forceful expulsion from their homeland have created instability in the region and beyond.

She said over 622,000 Myanmar nationals fled to Bangladesh to escape persecution. After 1978, another 500,000 Rohingyas came to Bangladesh at different times. ‘We’ve given temporary shelter to this huge number of people on humanitarian ground.’

The CPA and Bangladesh Jatiya Sangsad are jointly arranging the conference with the theme: ‘Continuing to enhance the high standards of performance of parliamentarians’.

The eight-day conference 2017 began on November 1 with the meetings of different committees and sub-committees of the CPA as well as conferences of small branches before the official inauguration.