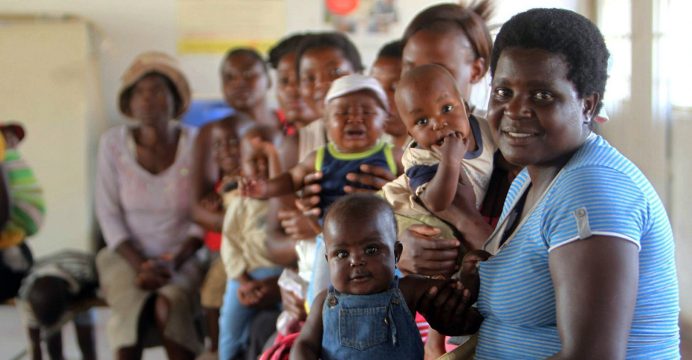 As part of global efforts to end AIDS as a public health threat, UNAIDS, UNFPA, the United Nations Population Fund, and partners have launched a new road map to reduce new HIV infections. The HIV prevention 2020 road map was launched at the first meeting of the Global HIV Prevention Coalition. The coalition is chaired by the Executive Directors of UNAIDS and UNFPA and brings together United Nations Member States, civil society, international organizations and other partners as part of efforts to reduce new HIV infections by 75 per cent by 2020.

“Scaling up treatment alone will not end AIDS,” said Michel Sidibé, Executive Director of UNAIDS. “We need more energy, stronger leadership, increased investment and sustained action around HIV prevention to ensure that everyone, particularly people at higher risk of HIV, can protect themselves against the virus.”

“The increase in new infections among adolescent girls and young women in sub-Saharan Africa is particularly troubling,” said UNFPA Executive Director Dr. Natalia Kanem. “In many places, lack of access to education, lack of agency and lack of autonomy over their own bodies keep adolescent girls from claiming their human rights. And the poorest girls have the least power to decide whether, when or whom to marry and whether, when or how often to become pregnant. This lack of power makes each one of these girls extremely vulnerable to HIV infection, STIs and unintended pregnancy.”

In 2016, in the United Nations Political Declaration on Ending AIDS, countries committed to reduce new HIV infections by 75 per cent—from 2.2 million in 2010 to 500,000 in 2020. The new road map developed by UNAIDS, UNFPA and partners will put countries on the fast-track to achieve this important target.

“The Coalition is here to recognize that we all matter,” said Laurel Sprague, Executive Director, The Global Network of People Living with HIV (GNP+). “That means doing the hard work to ensure that people living with HIV are able to stay healthy, alive, and free from soul-crushing prejudice and discrimination—and the hard work to make sure that everyone who is not HIV-positive has the support and resources they need to remain HIV negative.”

The HIV prevention 2020 road map contains a 10-point action plan that lays out immediate, concrete steps countries need to take to accelerate progress. Steps include conducting up-to-date analysis to assess where the opportunities are for maximum impact, developing guidance to identify gaps and actions for rapid scale-up, training to develop expertise in HIV prevention and on developing networks and addressing legal and policy barriers to reach the people most affected by HIV, including young people and key populations.

The road map identifies factors that have hindered progress, such as gaps in political leadership, punitive laws, a lack of services accessible to young people and a lack of HIV prevention services in humanitarian settings.

The road map also identifies serious gaps in funding and budget allocation—UNAIDS estimates that around one quarter of HIV budgets should be allocated to HIV prevention programmes; however, in 2016, many countries were spending less than 10 per cent of their HIV budgets on prevention, and many international donors were spending less than a quarter.

To reduce new HIV infections by 75 per cent will require an intensive focus on HIV prevention, combined with the scale-up of HIV testing and treatment. Taking a location–population-based approach to ensure effective and efficient planning and programming, and a people-centred approach that responds to the needs of people at higher risk of HIV, will be critical.

Concerted efforts will be needed to reach adolescent girls and young women and their male partners, to scale up combination HIV prevention programmes for key populations, to increase the availability and uptake of condoms, to expand voluntary medical male circumcision programmes for HIV prevention and to ensure that people at higher risk of HIV have access to preventative medicines.

The road map encourages countries to develop a 100-day plan for immediate actions, including setting national targets, reviewing the progress made against the plan after 100 days, reassessing their national prevention programmes and taking immediate remedial action. It outlines how different partners can contribute and includes actions for civil society, development partners, philanthropic institutions and the business community. By reaching these targets, progress in reducing new HIV infections should accelerate significantly, setting countries firmly on the path towards ending their AIDS epidemics.