Miller’s 35-ball hundred propelled South Africa to 224 for four before Bangladesh were bowled out for 141, completing a clean-sweep for South Africa in two Tests, three one-day internationals and two T20 internationals. It was an extraordinary innings by Miller.

The previous fastest T20 international century was made off 45 balls by fellow South African Richard Levi against New Zealand in Hamilton in 2011/12.

Five of Miller’s nine sixes came off the first five balls of the 19th over, bowled by promising all-rounder Mohammad Saifuddin, who had dismissed AB de Villiers and Hashim Amla and conceded only 22 runs in his first three overs.

Miller said he felt the rare feat of six sixes in an over was possible. 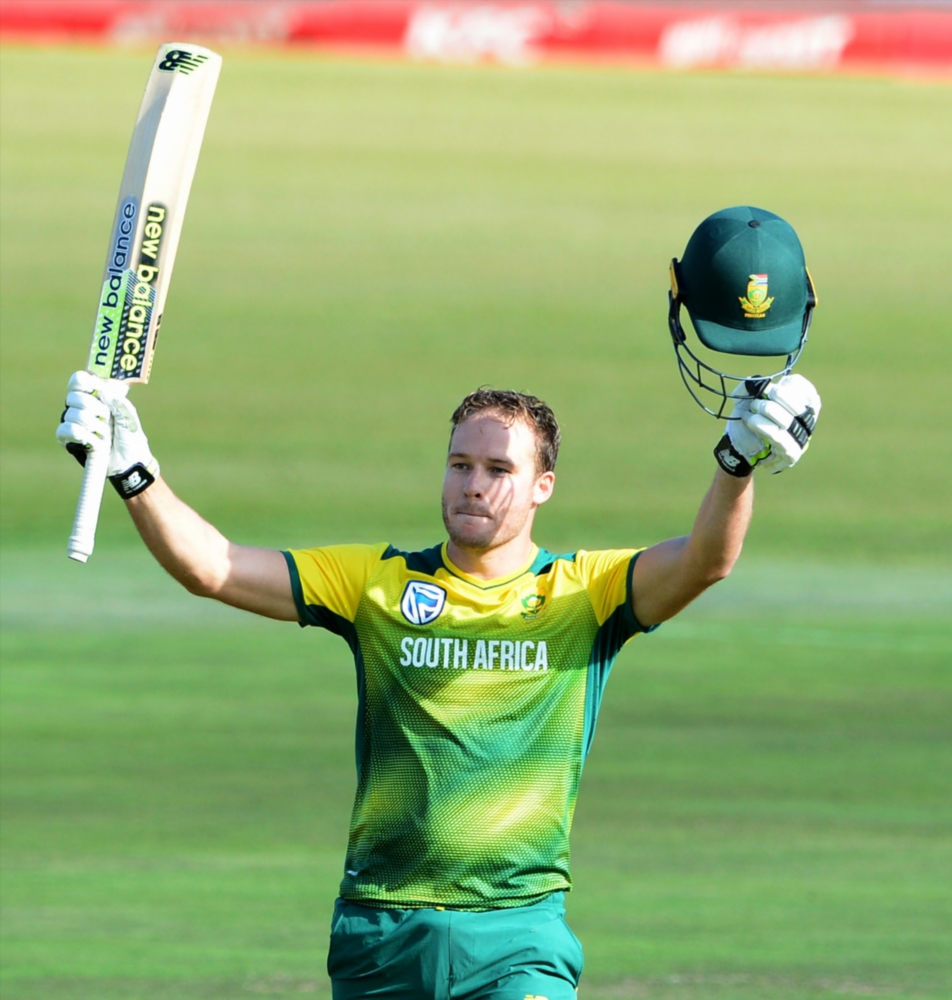 Saifuddin pushed the last ball of his over wide of the off stump and Miller mistimed it for a single.

The left-hander’s innings could have ended off the second ball he faced as he gloved an attempted pull off Rubel Hossain.

Bangladesh wicketkeeper Mushfiqur Rahim dived to his right and appeared to have caught the ball but lost control as he landed on the ground.

Miller shared a 79-run fourth wicket partnership off 41 balls with Hashim Amla, who made 85 off 51 balls with 11 fours and a six.

Bangladesh made a good start, restricting South Africa to 37 for two in the first five overs.

Shakib opened the bowling and sent down all his four overs in one spell, taking two for 22. But his teammates could not sustain the pressure in the face of Miller’s onslaught.

Bangladesh scored 17 runs off the first over, bowled by Beuran Hendricks. But Imrul Kayes was run out in the second over and the tourists never threatened again.

Miller was only the fourth South African to hit a century in 100 T20 internationals.