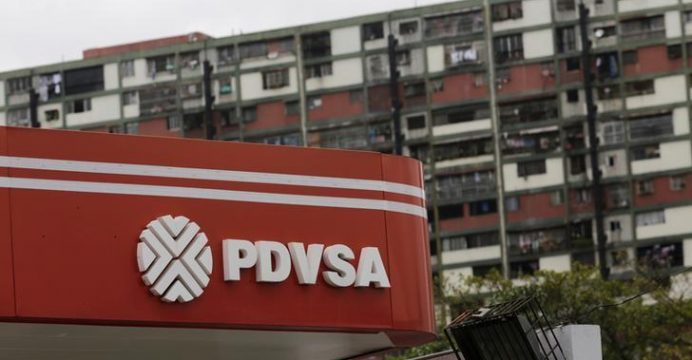 Venezuela’s state oil company, which controls the world’s largest crude reserves, said on Friday it had begun paying $842 million in partial repayment of a debt bond maturing in 2020.

A default for PDVSA would have been disastrous at a time when access to credit has already been severely curtailed, with refineries running at less than half of their capacity and oil output estimated at less than two million barrels a day, reports BSS.

Venezuelan President Nicolas Maduro, whose country is in the throes of a deep recession and hyperinflation, has insisted that his government will continue to honor its international obligations even as imports shrivel.

PDVSA “confirms its full solvency and capacity to fulfill its commitments, despite the economic war and the imposition of unjustified sanctions from Donald Trump,” the company said in a statement, referring to the US president.

“Despite the illegal and illegitimate sanctions and openly hostile financial blockade, PDVSA has initiated transfers to corresponding banks.”

The company said bank transfers had begun for a total of $841.88 million to J.P. Morgan bank accounts. Venezuela’s next major payment to creditors is due next April.