Britain’s Anthony Joshua retained his IBF, WBA and IBO world heavyweight titles when he stopped bloodied challenger Carlos Takam in the 10th round in Cardiff on Saturday, reports Reuters.

Unbeaten champion Joshua opened up a dreadful cut above 36-year Takam’s right eye in the fourth round and although the durable France-based Cameroonian battled on the fight was halted by referee Phil Edwards after a series of heavy blows.

It was far from a straightforward night for Joshua in the Principality Stadium, however, as the 28-year-old appeared to suffer a broken nose in the second round after an accidental clash of heads with his shorter and lighter opponent.

Takam, who stood in 12 days ago after Joshua’s original opponent Kubrat Pulev suffered an injury in training, proved a worthy challenger and was still throwing punches despite blood streaming from his eyes for half the fight.

Joshua did force a standing count in the fourth but never totally dominated a wily opponent who clearly disagreed with Edwards’s decision to end the contest – only the second time he had been stopped in 40 fights.

“It was a good fight until the referee stopped it so I have the utmost respect for Takam,” former Olympic champion Joshua, who took his record to 20-0, said in the ring.

“I have no interest in what is going on with the officials, that’s not my job. I think people want to see Takam unconscious on the floor, and that’s what I was trying to get to.”

Joshua, who was fighting for the first time since his epic victory over Wladimir Klitschko in April, began in cagey fashion with neither fighter landing a serious blow in round one.

The fight took a twist in round two when Takam’s head clattered into Joshua’s nose, making the Londoner wince.

Joshua sprang into life and dominated the next few rounds and cut Takam with a stinging right hook in the fourth before briefly flooring his opponent. 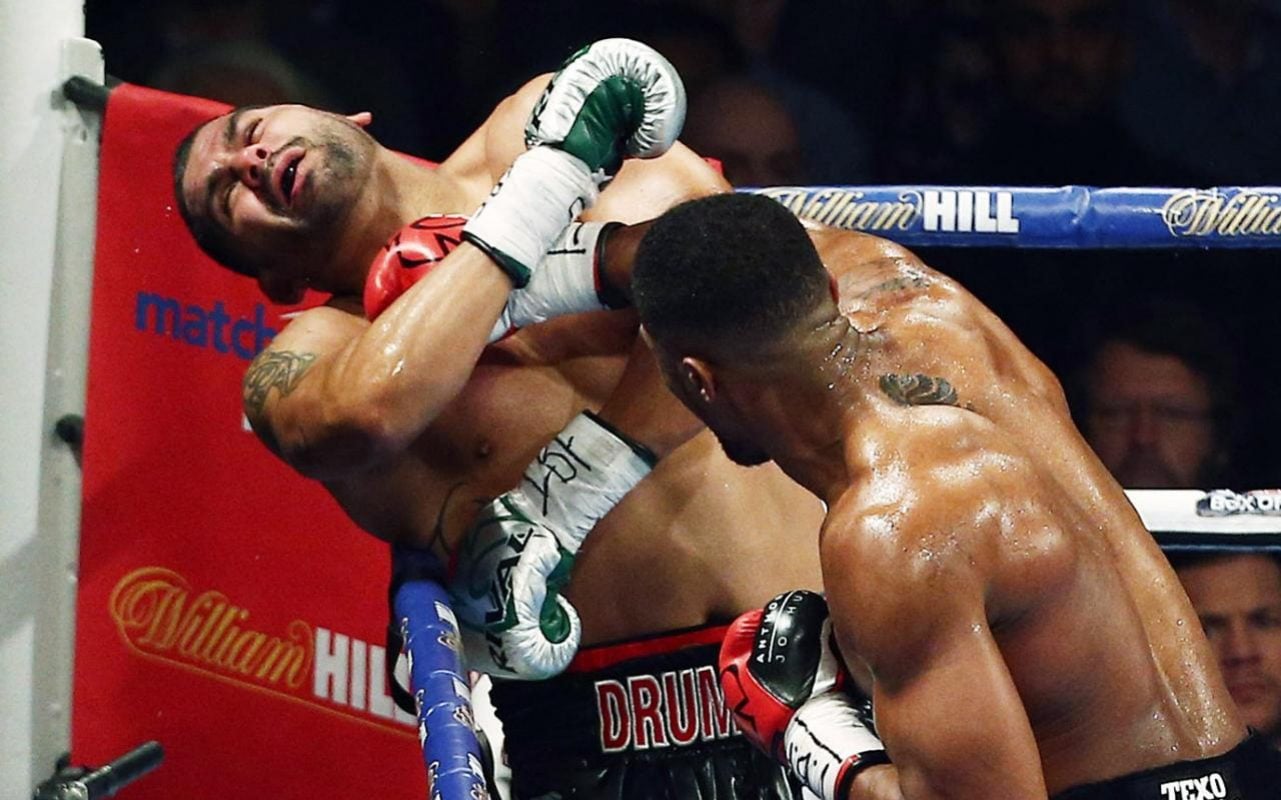 It looked as though the fight would be stopped as Takam struggled to see through the blood, but the underdog showed tremendous courage and asked serious questions of the champion whose nose injury affected his breathing.

Joshua was not at his fluent best but was way ahead on the scorecards when he put together a sustained attack in the 10th to convince the referee to intervene.

The Briton said he wanted to take on American WBC title-holder Deontay Wilder.

“AJ’s told me he wants the belts. Deontay Wilder against Anthony Joshua has to happen,” promoter Eddie Hearn said.