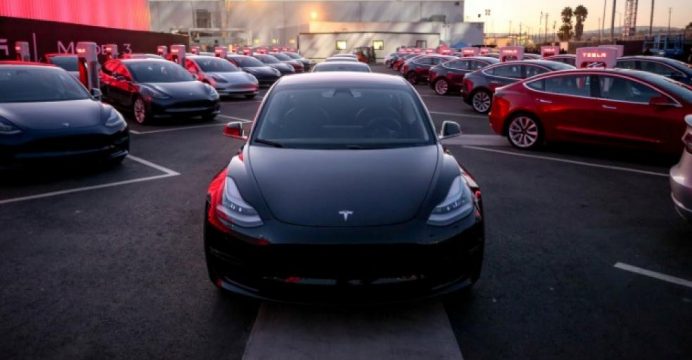 Tesla Inc increased its borrowing capacity for a car lease program to $1.1 billion from $600 million

Tesla Inc said on Friday it has increased its borrowing capacity for a car lease program to $1.1 billion from $600 million.

The move comes as the electric car maker spends heavily to fix production bottlenecks of its new Model 3 sedan. The company increased the borrowing capacity under certain warehouse agreements, the company said in a filing. A spokesman said it was related to Tesla’s car lease program, reports Reuters.

Tesla introduces one of the first Model 3 cars off the Fremont factory’s production line during an event at the company’s facilities in Fremont, California

In August, Tesla said it would raise about $1.5 billion through its first-ever offering of junk bonds as it seeks fresh sources of cash to ramp up production of its new Model 3 sedan.