Catalan premier Carles Puigdemont has delivered a scathing response to Mariano Rajoy’s hardhitting plans for direct rule in the troubled region, calling them the “worst attack on Catalan institutions since the dictator General Franco ordered the end of our autonomy”.

“What we decide through voting is to be wiped out by the government in their offices,” Mr Puigdemont claimed. 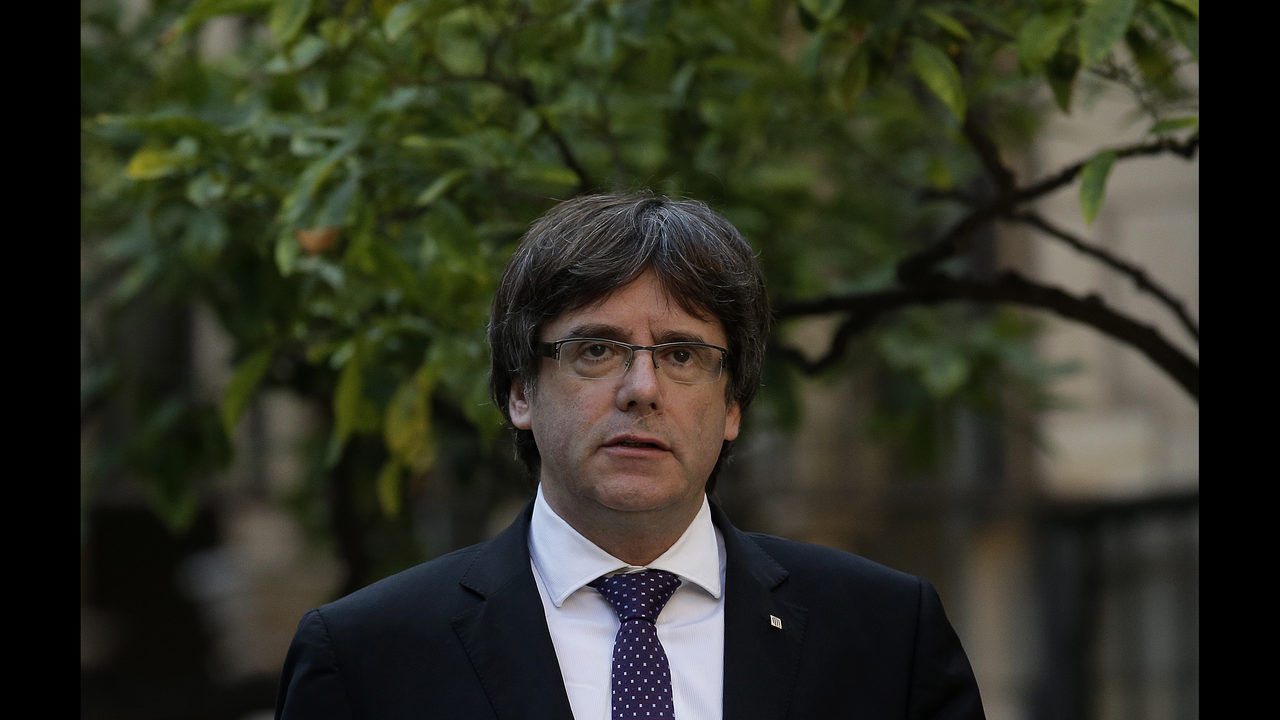 He said the Catalan parliament would hold an emergency debate on “this attempt to destroy our autonomous government, our democracy”.

Also speaking in Spanish and English, he described Catalonia as “an ancient democratic nation” and claimed that the EU’s “founding values” were at risk.

Earlier on Saturday, Mr Rajoy had outlined plans that would see the region’s separatist leaders removed from office, including Mr Puigdemont, and the local parliament stripped of much of its power.

In a significant upping of the stakes in his bid to rein in the region’s pro-independence rulers, Mr Rajoy has said that although the Catalan parliament will not be dissolved immediately, its functions will be limited to “avoid measures contrary to the constitution”.

Ministries in Madrid will oversee the management of the Catalan administration, as well as directing the Catalan local police forces and, probably, the region’s public television and radio channels.

The Nationalist movement was, predictably, in an uproar at their imminent loss of regional power. An estimated 450,000 people attended a major demonstration in Barcelona, which initially asked for the freedom of two jailed separatists but merged with protests against direct rule.

“There could have been dialogue, instead we’ve got state intervention,” Barcelona mayor Ada Colau, viewed as a non-aligned moderate, said during the demonstration. Carme Forcadell, president of the Catalan parliament, described Mr Rajoy’s measures as “a de facto coup d’etat”.

The Spanish Prime Minister also confirmed that regional elections would be called within a period of six months or “as soon as institutional normality is restored”.

All of these measures are to be carried out under the unprecedented auspices of Article 155 of the constitution, which allows Madrid to impose direct rule, and are pending a vote from the Spanish Senate, where Mr Rajoy’s ruling Partido Popular (PP) party has a majority.

Mr Rajoy was notably scant on specific detail and long on justification for direct rule in his speech, concentrating principally on a broad-brushed display of the whys and wherefores of stripping the Catalan government of its power.

“We are not ending Catalan autonomy, but we are relieving those who have acted outside the law of their duties,” Mr Rajoy said.

He explained the aim of the measures was to restore “legality, normality and social goodwill” to Catalonia.

Mr Rajoy underlined he had the support of both the Socialist Party, which heads Spain’s opposition, and by the fourth largest party, Ciudadanos. But the left-wing Podemos coalition called the measures “authoritarian and a botched job”, and one middle-ranking member of the Socialist Party executive, Nuria Parlon, has resigned over the implementation of Article 155.

It is also strongly rumoured that the Nationalist coalition will vote for Catalonia to break away from Spain in parliament next Friday, the same day that Madrid’s measures are expected to be confirmed by the Senate.