It is expected that Mashrafe Mortaza will be able to rejuvenate the embattled Bangladesh team now touring South Africa after having been capitulated by the home side in the test series.

Former national opener Ishtiaque Ahmad shared his thoughts with BSS on Tuesday. He said, ” Faf Duplesis and his men were simply ruthless and relentless in their encounter against Mushfiqur Rahim the diminutive Bangladeshi captain and his boys as they were rendered clueless against the home side in one of the most one sided tussle between two test teams”.

Ishtiaque thinks, “The ODI’s is expected to be more competitive as seniors Mashrafe Mortaza, Shakib Al Hasan along with Nasir Hossain have joined the team.

It would however be a fallacy to think that their presence would set the Thames on fire as the Proteas in their own backyard would be a real force to reckon with and the Bangladeshi batsmen have to contend with wickets which are likely to be pace friendly yet good wickets to bat on.

Mushfiqur Rahim’s Test captaincy may come in for some serious consideration once the team is back home and get ready for their series against the Sri Lankans shortly.

Needless to say but Mushfique’s lack of tact as captain and his inappropriate comments at times have not only caused quite a bit of embarrassment and confusion but have also led to speculation as to the continuity as captain.

Mashrafe Mortaza has been able to mould his side into a winning combination that has earned victories away from home in recent times not to mention their complete dominance at home against all oppositions.

The fit again Tamim will be a big boost as the experienced opener has been in regal form of late and with the quintessential Shakib Al Hasan back in the fold would be a great fillip for the team after their lack lustre performance in the Test matches. 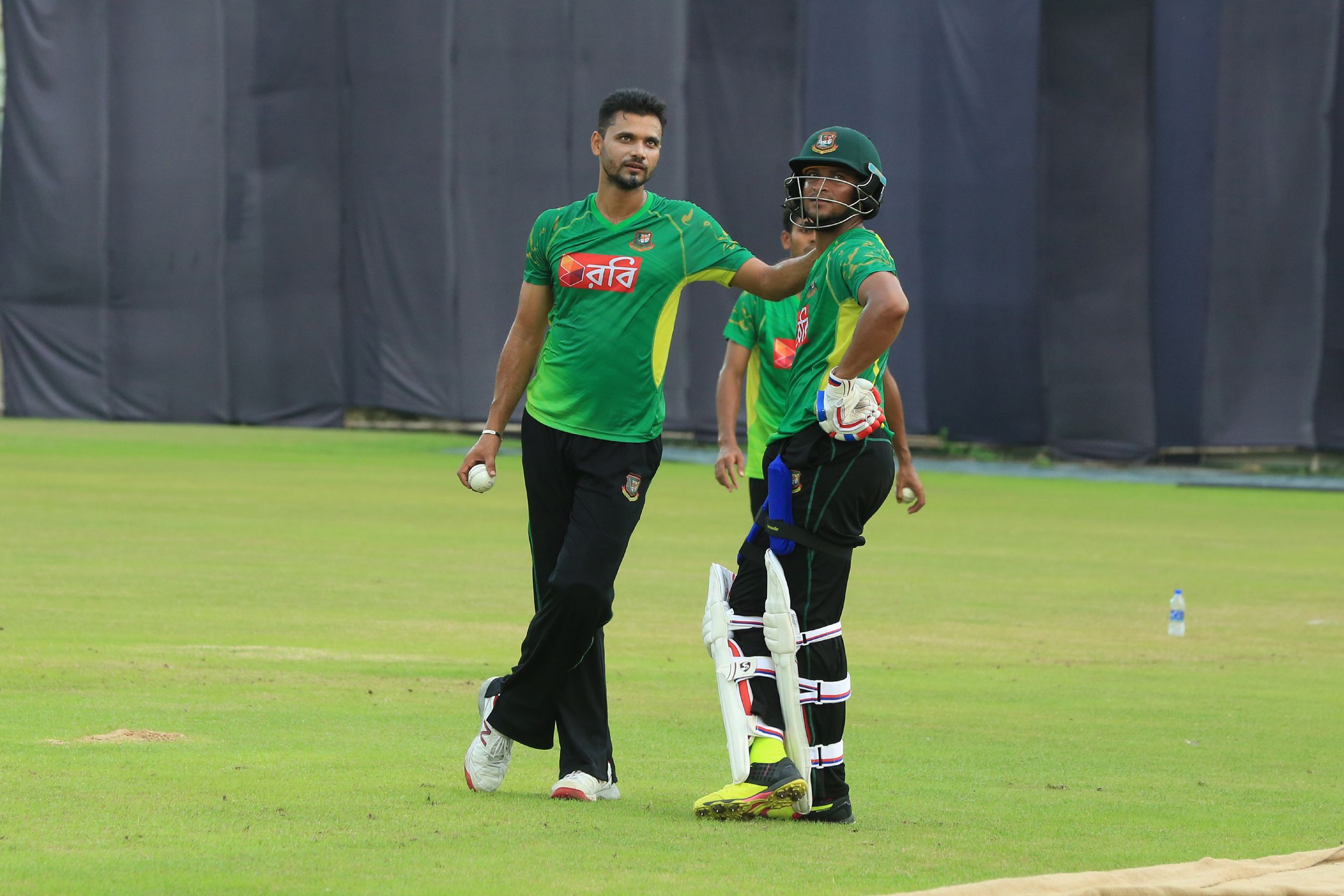 It would be interesting to see if the management would still persist with Soumya Sarkar despite his poor run of as Imrul Kayes will no doubt get the first look in and the diminutive Mominul Haque may also get the nod depending if the management opt for Mushfique as the keeper or not as Liton Das has been one of the successes of the tour.

With Shakib bolstering the spin attack along with Mehdi Hasan Meraj it will be the skipper Mashrafe Mortaza who is expected to give the initial breakthrough which he has done religiously with Mustafizur Rahman and Subhashish Roy coming in as back ups.

Therefore, the Bangladesh team would be looking to redeem themselves after being annihilated against the Proteas and try to maintain their momentum in the shorter version of the game. At least in the ODI’s it is not expected to be as one sided encounters as was evident in the test matches.