The 31-year-old was given a tough fight early on but Kyrgios’s challenge faded after he lost his temper and was docked a penalty point at 2-5 in the first set.

Nadal’s previous title at the tournament came 12 years ago.

“I had very tough draw here,” Nadal, who saved match points in his opening round against Frenchman Lucas Pouille, said.

“I was lucky the first day saving the two match points but after that I think I played one of my best events of the year.”

World number 19 Kyrgios matched Nadal early on, winning his opening two service games but became involved in a debate with umpire Mohamed Lahyani over a close line call against him. 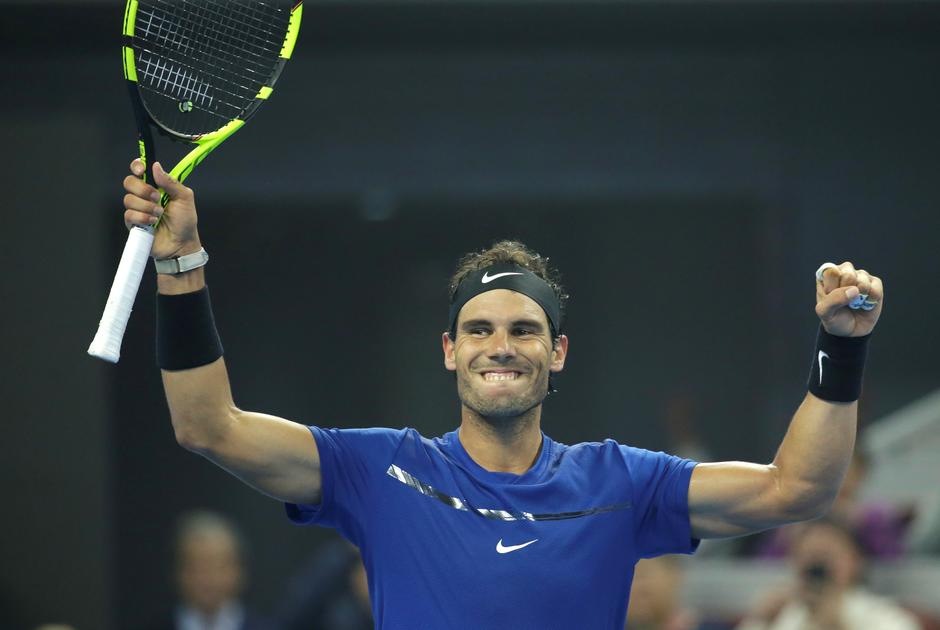 “I can’t play at 100 percent if that stuff happens — and then you expect me not to be angry,” Kyrgios told Lahyani.

He continued to argue the toss with the official who eventually awarded a penalty point against the Australian during the changeover when he trailed 2-5, meaning he began the eighth game already 0-15 behind.

Nadal was well in control by then and he raced into a 5-0 lead in the second set before Kyrgios slightly delayed the inevitable as the Spaniard sauntered to his 12th consecutive win.

“He played well. I played terrible. He’s in great form. He just destroyed me today, so it was too good,” Kyrgios, who struck 20 winners but 35 unforced errors, said. “I put in a pretty good week, had some good wins. It’s tough to find positives when you won three games in the final. But I guess there were positives. In the semi-final I played well, obviously beating Alex (Zverev).”

Kyrgios still has a chance of qualifying for the ATP World Tour Finals as he is 15th in the Race standings with several tournaments remaining to close the gap on those in front.

Nadal, winner of the French Open and U.S. Open titles this year, has won six tournaments in a season for the first time since 2013 and strengthens his position at the top of the rankings ahead of Roger Federer.