Bangladesh skipper Mushfiqur Rahim taken to hospital for a check-up

More misery added to Tiger’s woes as their skipper Mushfiqur Rahim has been taken to hospital for a check-up after suffering a blow to his head on the third morning of the Bloemfontein Test, according to message received in Dhaka from Bangladesh chief selector Minhajul Abedin Nannu.

Mushfiq was brave enough to continue on with his batting despite who he looked badly shaken when the incident occurred. Rahim was on 11 when he ducked into a bouncer from Duanne Olivier in the 14th over of the innings and was hit on the left side of his helmet.

He did not go to ground immediately but walked to the leg side, sat on his knees and then hunched over. He was surrounded by the South African team and attended to by the Bangladesh management. 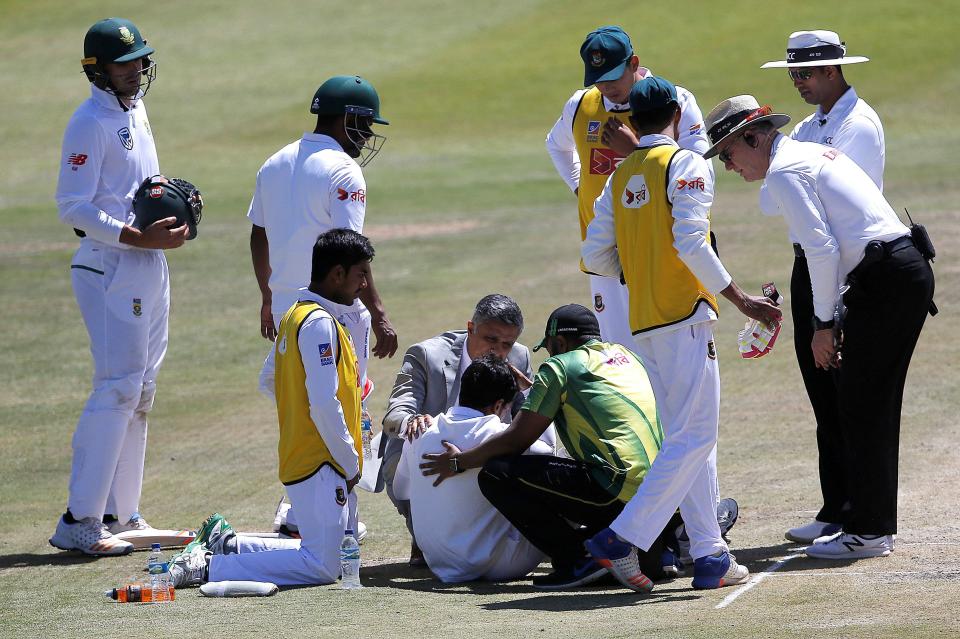 Bangladesh physiotherapist, Thihan Chandramohan, administered on-field treatment to Mushfiqur and South Africa’s team manager, Mohammed Moosajee, who is also a medical doctor was kind enough to check Mushfiqur’s injury and recommended that he leave the field but Bangladesh skipper decided to continue on with his batting.

He had taken a similar blow in the Wellington Test against New Zealand in January. Then he took the advice of the local doctors and was stretchered off to hospital.

Mushfiq fell to Wayne Parnell who saw Rahim shouldered arms his fourth ball of the over and was struck on the pads and was given out lbw three minutes before the scheduled lunch break. Mushfiqur reviewed the decision but sadly was given out as it was umpire’s call.