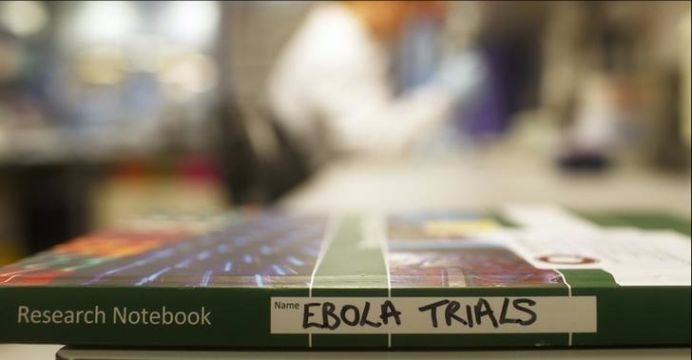 The U.S. government is investing more than $170 million to help two new vaccines against the Ebola virus and two Ebola drugs complete the steps needed for approval from the Food and Drug Administration.

The Biomedical Advanced Research and Development Authority (BARDA), part of the Department of Health and Human Services, said on Friday it would buy the drugs and vaccines and keep them in a national stockpile, which would be used to protect Americans in the event of an outbreak of the deadly disease, reports Reuters.

The products were rushed through testing in response to the West African Ebola outbreak in 2014-2016 that infected 28,600 people and killed more than 11,000. Ebola causes severe fever, vomiting, diarrhea and bleeding.

”Today we are prepared to add four Ebola countermeasures to the stockpile, whereas three years ago, very few products were even in early stages of development,” BARDA Director Rick Bright said.

He attributed the “unprecedented speed” of products’ development to partnerships across the U.S. government, other nations and private industry.

The National Institute of Allergy and Infectious Diseases provided early-stage funding for many of the products. The new funding is through Project BioShield, which supports late-stage development toward licensure and stockpile purchases.

Under the agreements, BARDA will provide funding for each company to validate its manufacturing processes and make final preparations needed to apply for FDA approval. While that work is underway, BARDA can purchase the vaccines and drugs for potential use in a public health emergency.

Merck will get $39.2 million to finish development of its single-shot vaccine, which got initial support from the Public Health Agency of Canada. J&J’s two-dose vaccine will get $44.7 million for late-stage development and purchase from BARDA.

BARDA will also spend $45.9 million on Mapp Biopharmaceutical’s ZMapp antibody drug, which had been used experimentally on U.S. missionaries infected in the epidemic in Africa who were flown back to the U.S. for treatment. Regeneron will get $40.4 million to finish development of its antibody treatment.