Twenty-nine fans were hurt, five of them seriously, when a barrier collapsed Saturday at a stadium in the northern French city of Amiens as away supporters celebrated their opening goal.

A fence separating Lille fans from the pitch gave way as they surged forward to celebrate the goal against Amiens, a regional rival that has just been promoted to the top flight in French football.

Several tumbled about one and a half metres (five feet) and were crushed by other fans who fell on top of them. Injuries included head, chest and abdominal trauma, medical authorities said.

Referee Thomas Leonard suspended the match in the 16th minute as Red Cross and emergency workers rushed to help the injured. The fixture was later abandoned. 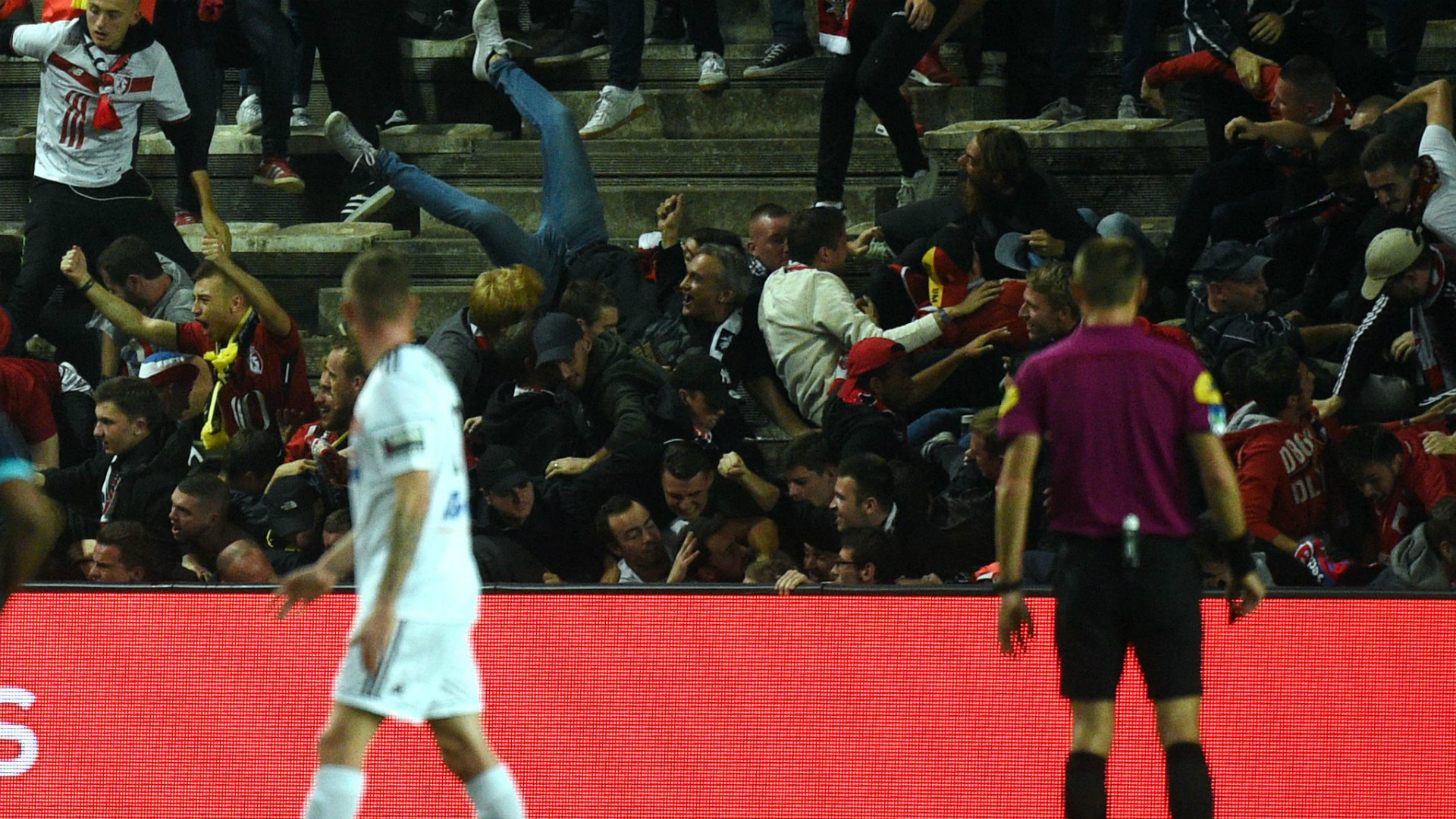 “It happened all of a sudden. I don’t even know who scored. It just suddenly fell on me. I couldn’t hear anything, I couldn’t see anything and then the emergency workers took me away,” said Georges Penel, a 21-year-old Lille fan who suffered injuries to his leg and back.

The prefecture of the Somme department gave a provisional toll of 29 hurt, five of them seriously. Among the injured were three minors, all in their teens, medical authorities said.

The incident happened when Lille’s Fode Ballo-Toure ran towards the section of visiting fans after scoring the opening goal, prompting a surge that caused the barrier to give way. Renovation work is taking place throughout the 2017-18 season, as newly promoted Amiens brings the ground up to a higher standard.