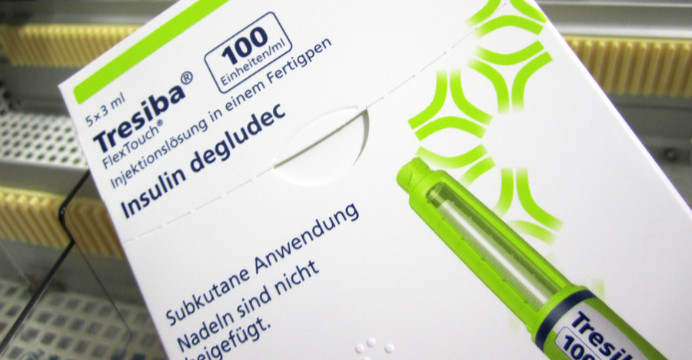 Novo Nordisk today announced that the China Food and Drug Administration (CFDA) has approved Tresiba® (insulin degludec) for the treatment of diabetes in China. Tresiba® is a new-generation, once-daily basal insulin with an ultra-long duration of action which allows for flexibility in day-to-day dosing.

“There are more adults with diabetes in China than anywhere in the world, and we are delighted that the CFDA’s approval brings the availability of Tresiba® in China one step closer,” said Mads Krogsgaard Thomsen, executive vice president and chief science officer at Novo Nordisk.

In the multinational, double-blinded Tresiba® cardiovascular outcomes trial, DEVOTE, reported earlier this year, Tresiba® demonstrated cardiovascular safety and a reduced rate of severe and nocturnal severe hypoglycemia by 40% and 53% respectively compared to insulin glargine U100 in people with type 2 diabetes.

In the double-blinded SWITCH trials, Tresiba® demonstrated significantly lower rates of overall, nocturnal and severe hypoglycemia vs. insulin glargine U100 in the full treatment period in people with type 1 and type 2 diabetes.