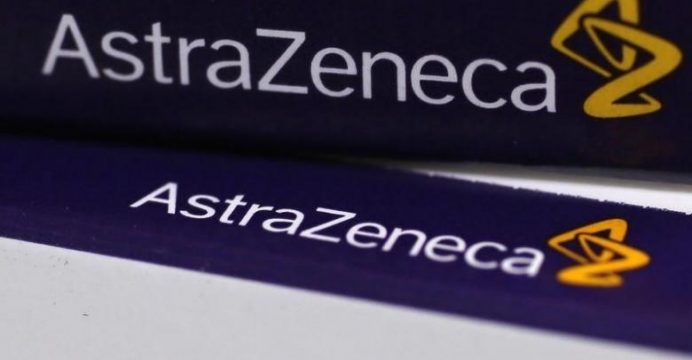 Particularly notable was the success of the infused immunotherapy medicine Imfinzi in helping non-small cell lung cancer patients with inoperable mid-stage disease that has not spread widely around the body, reports Reuters.

Chief Executive Pascal Soriot said it gave AstraZeneca a chance to intervene earlier in lung cancer, distinguishing it from rivals that have made more progress in tackling the advanced or metastatic disease.

Results from a large clinical trial showed patients survived on average 16.8 months without their disease worsening when given Imfinzi, against just 5.6 months for those on placebo.

Solange Peters of the Centre Hospitalier Universitaire Vaudois in Lausanne, who was not involved in the study known as Pacific, told reporters the advantage of more than 11 months provided by Imfinzi was “absolutely amazing”.

It is the first medicine to show superior progression-free survival in such patients. These individuals typically receive a combination of chemotherapy and radiotherapy, but only around 15 percent of them are still alive after five years.

Significantly, while there were more reports of toxicity in patients taking Imfinzi, the level of severe problems was similar in both groups.

“What we hear from the experts is that they think this is practice-changing,” Soriot told reporters.

AstraZeneca had already said Pacific and another study called Flaura met their predefined goals, but the exact scale of the benefits was only disclosed at the European Society for Medical Oncology (ESMO) congress in Madrid.

The results were also published online in the New England Journal of Medicine. Analysts believe using Imfinzi in so-called stage III lung cancer opens up an annual sales opportunity worth around $2 billion. Importantly, AstraZeneca has a lead of two to three years over rivals in this particular area.

Soriot said analyst forecasts were now likely to rise – and the initial stock market reaction was positive, with AstraZeneca shares gaining 2 percent in extended trading after the results were unveiled late on Friday U.S. time.

The stage III market is smaller than for advanced lung cancer, where a combination of Imfinzi and tremelimumab failed to work as hoped in the Mystic trial. That setback wiped $14 billion off AstraZeneca’s shares in July.

Early success in Mystic would have given AstraZeneca the chance to establish the first immunotherapy combination in advanced lung cancer, ahead of rivals Bristol-Myers Squibb, Roche and Merck.

But Soriot says early-stage disease – where a cure is potentially possible – is now a big opportunity for AstraZeneca, which is also testing Imfinzi earlier than stage III.

“The early lung cancer population will grow with more cancer screening,” he said.

The Flaura trial, meanwhile, demonstrated the ability of AstraZeneca’s new pill Tagrisso to hold lung cancer at bay in patients with a certain genetic mutation that is particularly common in Asia.

The study showed Tagrisso, which AstraZeneca has predicted will become a $4 billion-a-year seller, was significantly better than older medicines that act in a similar way.

Patients on Tagrisso went 18.9 months on average before their disease worsened, against 10.2 months for those given either Roche’s Tarceva or AstraZeneca’s Iressa.

AstraZeneca is in discussions with global health authorities about seeking marketing approval to extend the use of Imfinzi and Tagrisso, based on the Pacific and Flaura data.