Muslim pilgrims converge on Jamarat for symbolic stoning of the devil

2 million Muslim pilgrims were performing a symbolic stoning of the devil on Friday, the riskiest part of the annual haj pilgrimage where hundreds of people were killed in a crush two years ago.

Saudi Arabia, which stakes its reputation on organizing the world’s largest annual Muslim gathering, has deployed more than 100,000 security forces and medics as well as modern technology including drones and fiber optics to ensure a safe pilgrimage. 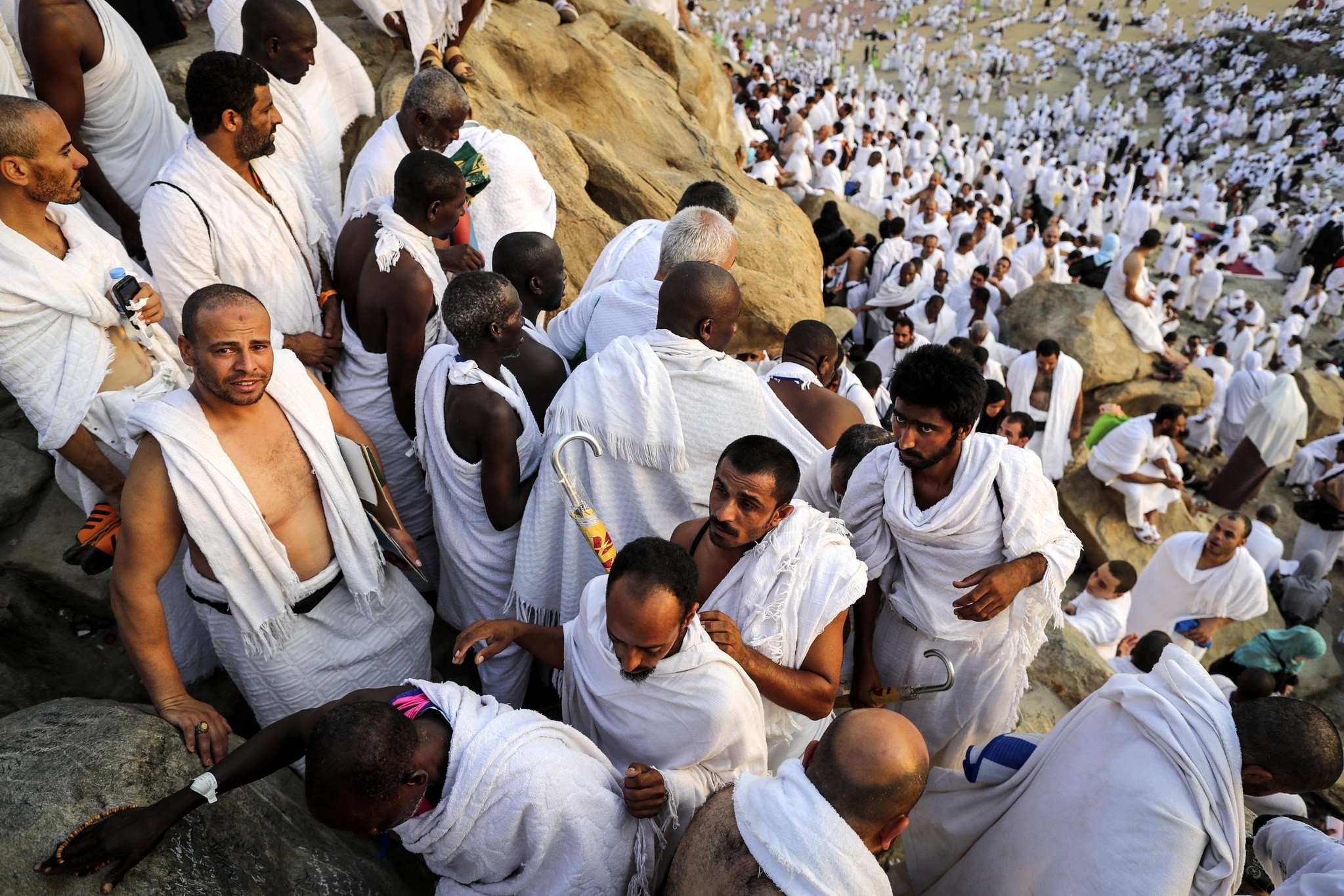 Under close supervision from Saudi authorities, pilgrims clad in white robes converged on Jamarat carrying pebbles to perform the ritual from a three-storey bridge erected to ease congestion. Some of the faithful carried umbrellas to protect themselves from the sun, with temperatures surpassing 40 degrees Celsius (100 Fahrenheit).

The 2015 incident killed nearly 800 people, according to Riyadh, when two large groups of pilgrims arrived together at a crossroads in Mina, a few kilometers east of Mecca, on their way to performing the stoning ritual.

Counts by countries of repatriated bodies, however, showed over 2,000 people may have died, more than 400 of them Iranians. It was the worst disaster to strike haj for at least 25 years.

Saudi Arabia said more than 2.3 million pilgrims, most of them from abroad, had arrived for the five-day ritual, a religious duty once in a lifetime for every able-bodied Muslim who can afford the journey.

Some 90,000 Iranians have returned to haj after boycotting last year amid a diplomatic rift between Tehran and Riyadh, which are both vying for power and influence in the region.

In previous years, jostling to perform the stoning before returning to pray at Mecca’s Grand Mosque accounted for many of the stampedes and crushes that have afflicted haj.

King Salman was in Mina on Friday, the first day of Eid al-Adha (feast of the sacrifice). He and his son, Crown Prince Mohammed bin Salman, welcomed well-wishers at a palace gathering attended by princes, clerics, military leaders and distinguished guests.

Saudi authorities have urged pilgrims to set aside politics during the haj but violence in the Middle East, including wars in Syria, Iraq, Yemen and Libya and other global hotspots are sure to be on the minds of many.