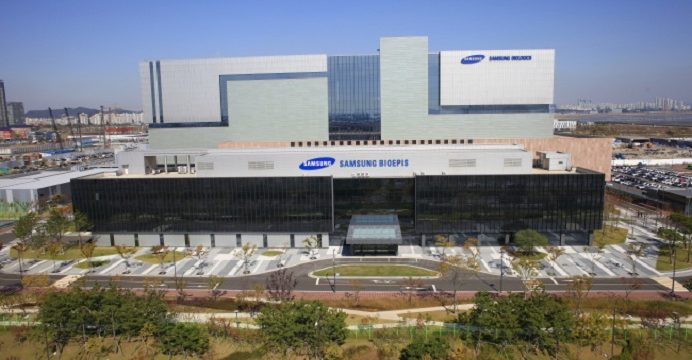 Original biotech drugs represent a business ramp-up for Samsung Bioepis, which has so far invested $1.3 billion in drug development since being founded in 2012 and has received approvals for two biosimilar drugs in Europe and one in the United States, reports Reuters.

The partnership will develop novel biologic drugs in “unmet disease areas”, Bioepis said in a joint statement with Takeda, adding the two companies will immediately begin working on a treatment for severe acute pancreatitis.

They declined to disclose other terms of the development program. Interest in biosimilars has soared in recent years as copies of some of the world’s best-selling biologic medicines have hit the market at big discounts.

As a relative latecomer to the industry, Samsung Bioepis quickly proved its development capabilities by becoming the first firm to launch a biosimilar version of Amgen’s blockbuster rheumatoid arthritis drug Enbrel in Europe last year, generating over $250 million in sales so far, according to Bioepis.

It has also received both European and U.S. approval for its copy of Johnson & Johnson’s Remicade and awaits European regulatory decisions for its biosimilar versions of AbbVie Inc’s Humira and Roche’s Herceptin.

Samsung Bioepis will also seek partnerships with other drugmakers to become an original drugmaker that can conduct all phases of novel biologics development in 10 years, spokesman Mingi Hyun said.

Samsung Group hopes the biosimilars business will develop into a new growth driver as global demand for smartphones slows, weighing on the outlook for the mobile business of flagship firm Samsung Electronics.