Gunmen attacked two United Nations bases in Mali on Monday, killing a peacekeeper, a contractor and seven Malians, the UN said, in the latest attacks on its presence in the country.

The Togolese peacekeeper and a Malian soldier were killed in an attack in the early morning in Douentza, in the central region of Mopti, according to a statement from the UN mission in the country, known by the acronym MINUSMA.

Hours later, six men toting guns and grenades drove up to the entrance of the UN mission’s camp in Timbuktu in northwestern Mali, the UN announced in a separate statement.

They opened fire on Malian UN security guards, killing five of them, as well as a policeman and a civilian contractor whose nationality was not specified, the UN said in a separate statement.

A UN source told AFP six guards had been killed, but the statement said one was wounded but had not died.

Two suspected jihadists were killed in the Douentza attack and six in Timbuktu. 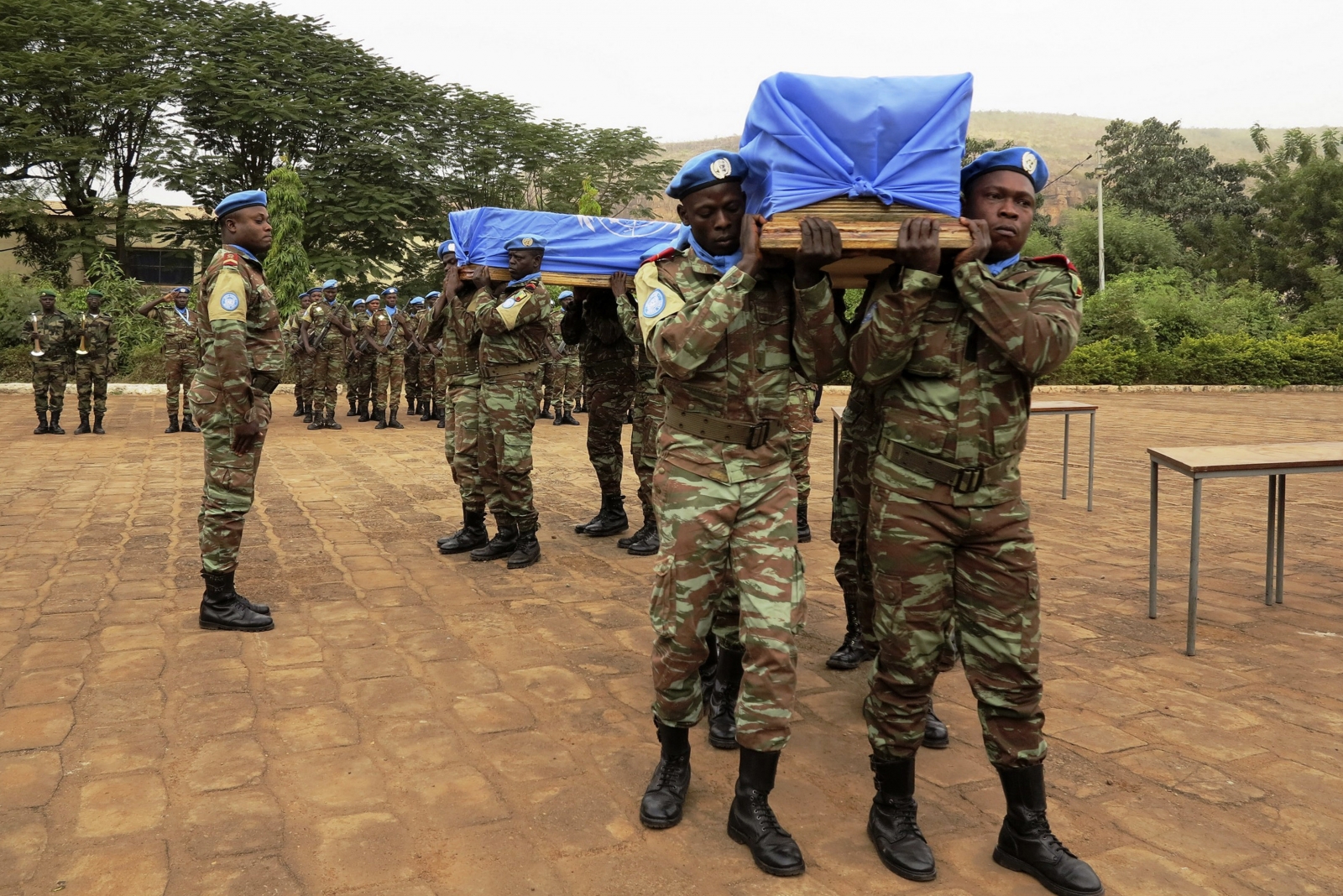 The body’s 15-member Security Council urged Mali to investigate the incident and to bring the perpetrators to justice.

The assault underlines the scale of the UN’s struggles to contain a death toll among its peacekeepers that has already earned its Mali mission the unwelcome title of the world’s deadliest active UN deployment.

Another peacekeeper was lightly wounded in Douentza and six others, as well as a Malian security guard, suffered injuries in Timbuktu, according to the UN statements.

“I don’t have enough words to condemn this cowardly and ignoble act a few hours after the terrorist attack we endured in Douentza,” said UN Special Representative for Mali, Mahamat Saleh Saleh Annadif, in a statement.

“We must combine all our efforts in order to identify and apprehend those responsible for these terrorist acts so that they can answer to their crimes in court,” Annadif added.

A Malian security source meanwhile told AFP that the Timbuktu security guards were “killed on the spot,” though the attack soon attracted the attention of Malian forces and French helicopters stationed in the area, who fired on the attackers.

On Monday night, reinforcements were deployed to both bases and in the city of Timbuktu itself.