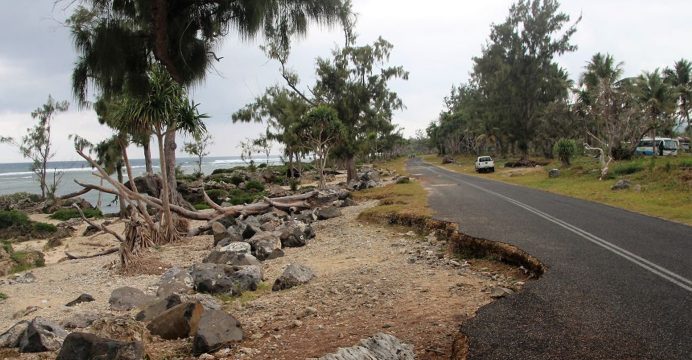 The Asian Development Bank’s (ADB) Board of Directors is providing $8.2 million in total additional financing to continue the reconstruction, rehabilitation, and climate-proofing of roads affected by Cyclone Pam.

The additional funding consists of a $4.1 million loan and a $4.1 million grant from ADB’s Ordinary Capital Resources and the Asian Development Fund, respectively. The Government of Vanuatu is also contributing $1.2 million in the project.

“Climate change adaptation remains a main feature of ADB’s support in the Pacific region involving building strong and building back better,” said Emma Fan, Regional Director of ADB’s Pacific Liaison and Coordination Office in Sydney. “The extra funding will help the government upgrade and strengthen the resilience of targeted infrastructure under the project.”

The additional financing will provide further support to reconstruct, improve climate resilience, and disaster-proof the transport sector infrastructure on the Efate ring road in Shefa Province damaged by floods and storm surges during Cyclone Pam in March 2015.

Some of the civil works planned for the updated project include the construction of four new major bridges and a new concrete structure to address the key points of vulnerability on the Efate ring road. In addition, the project will rehabilitate 16.2 kilometers of roads; upgrade 12 major stream crossings and their approach roads; repair damaged bridges, box culverts, and causeways; stabilize a landslip; and realign 200 meters of river training, allowing rivers to run their natural course.