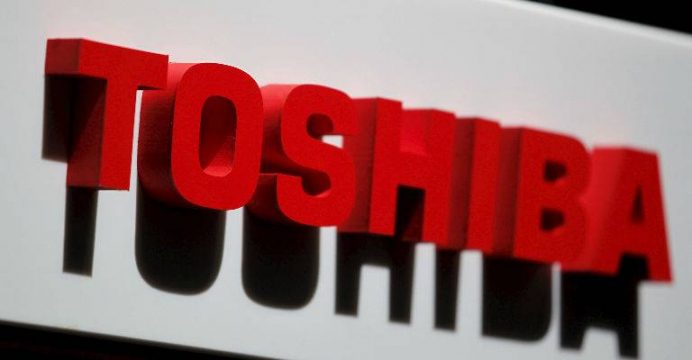 Toshiba shares jumped on Wednesday on expectations it will meet a deadline to submit long-delayed earnings to financial regulators, easing fears the troubled conglomerate’s stock will be yanked from the Tokyo Stock Exchange.

The stock soared more than nine percent in early trading, before settling back at 293 yen at the lunch break, up 4.27 percent, reports BSS.

There were growing worries that Toshiba, one of Japan’s best-known firms, may not make Thursday’s deadline to supply financial statements for the fiscal year ended in March as it was at odds with its auditor over multi-billion dollar losses at its US nuclear unit Westinghouse Electric.

In a statement, Toshiba said it had not yet received an official sign off from the auditor but it still planned to submit its financial statements to Japanese financial regulators on Thursday.

“But it is doubtful whether this rise will last long… This is one step forward but there are many more steps ahead,” she told reporters.

The massive losses at Westinghouse — largely owing to delays and cost overruns — have raised doubts about the future of Toshiba, which is still recovering from a 2015 accounting scandal.

It is trying to sell its prized memory chip business to a consortium of US, Japanese and South Korean investors to raise money for its turnaround. But the planned sale has faced major hurdles as Toshiba’s partner in a chip factory opposed the sale in court.

In order to stay listed on Japan’s premier exchange, Toshiba needs to reverse the current situation in which liabilities exceed assets by the end of the current business year to March 2018.

Earlier this month, the shares were demoted from the prestigious first section of the Tokyo Stock Exchange over inadequate internal controls.