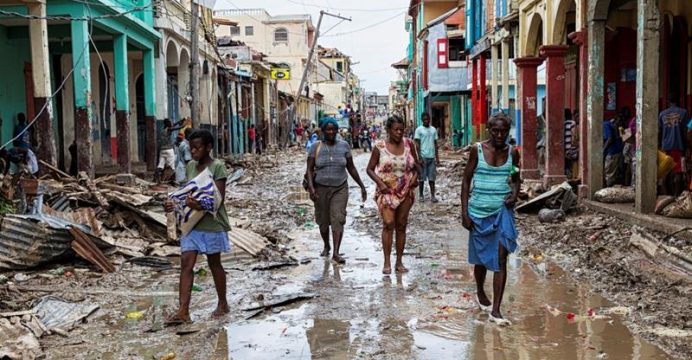 By the end of the century, extreme weather events may affect 2 in 3 Europeans every year

By 2100, two in three people living in Europe may be affected by weather-related disasters, according to a study published in The Lancet Planetary Health which sheds light on the expected burden of climate change on societies across Europe.

The projected increases were calculated on the assumption of there being no reduction in greenhouse gas emissions and no improvements to policies helping to reduce the impact of extreme weather events (such as medical technology, air conditioning, and thermal insulation in houses).

The number of people in Europe exposed to such events each year may also increase from one in 20 people towards the beginning of the century (25 million) to two in three people (351 million) near the end of the century.

The study analyses the effects of the seven most harmful types of weather-related disaster – heat waves, cold waves, wildfires, droughts, river and coastal floods, and windstorms – in the 28 European countries, Switzerland, Norway and Iceland.

“Climate change is one of the biggest global threats to human health of the 21st century, and its peril to society will be increasingly connected to weather-driven hazards,” says lead author Dr. Giovanni Forzieri, European Commission Joint Research Centre, Italy.

“Unless global warming is curbed as a matter of urgency and appropriate measures are taken, about 350 million Europeans could be exposed to harmful climate extremes on an annual basis by the end of the century.”

As part of the study, the researchers analyzed 2300 disaster records from 1981-2010, which include the type of disaster, country, year and the total number of deaths caused, to estimate the population vulnerability to each of the seven weather-related disasters. They then combined this with projections of how climate change may progress and how populations might increase and migrate.

It also projects substantial increases in deaths from coastal flooding, which could increase from six deaths a year at the start of the century to 233 a year by the end of the century.

Comparatively, wildfires, river floods, windstorms, and droughts showed smaller projected increases overall, but these types of weather-related disaster could affect some countries more than others. Cold waves could decline as a result of global warming, however, the effect of this decline will not be sufficient to compensate for the other increases.

Due to projected increases in heat waves and droughts, the effect is likely to be greatest in southern Europe, where almost all people could be affected by a weather-related disaster each year by 2100 – projected to cause around 700 deaths per every million people each year.

Comparatively, in northern Europe, one in three people could be affected by a weather-related disaster each year, resulting in three deaths per every million people each year.

Climate change is likely to be the main driver behind the potential increases, accounting for 90% of the risk while population changes such as growth, migration, and urbanization account for the remaining 10%.

To preserve the health and well-being of future generations of people in Europe, the researchers explain the need to address climate change by fulfilling the aims of the Paris Agreement to reduce climate change and increase resilience. They also note that land use and city planning – such as reducing urban sprawl, and the need for people to use cars, and increasing the number of homes and buildings with improved air conditioning, thermal insulation, and flood proofing – will play an important role.

They also note that land use and city planning – such as reducing urban sprawl, and the need for people to use cars, and increasing the number of homes and buildings with improved air conditioning, thermal insulation, and flood proofing – will play an important role.

“This study contributes to the ongoing debate about the need to urgently curb climate change and minimize its consequences. The substantial projected rise in risk of weather-related hazards to human beings due to global warming, population growth, and urbanization highlights the need for stringent climate mitigation policies and adaptation and risk reduction measures to minimize the future effect of weather-related extremes on human lives,” adds Dr. Forzieri.

The study could help prioritize regional investments in mitigation and adaptation policies. However, the authors warn that the study has inherent levels of uncertainty due to its use of observational data and projected estimates of the scale and frequency of future weather related disasters and the risk to populations. The study does not account for the effects of population aging or economic growth which may alter the impact of weather-related disasters.

Additionally, it assumes that hazards are independent and does not account for possible amplification of effects due to interactions between multiple weather-related disasters.