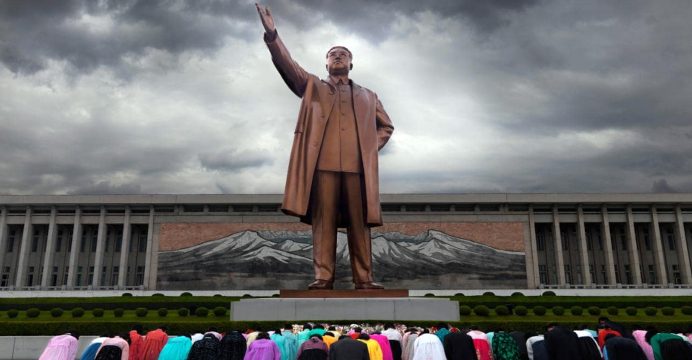 North Korea’s doors are still open to US tourists, Pyongyang said Friday, despite Washington banning its citizens from travelling there following the death of a US student who had been jailed in the country.

The US prohibition, which comes into effect September 1, was introduced after officials said the “serious risk” of arrest by Pyongyang authorities during tourist travel presented an “imminent danger to the physical safety” of its nationals.

The move was triggered by the death of 22-year-old Otto Warmbier, who was sentenced to 15 years’ hard labour in the North for trying to steal a propaganda poster during a tourist visit but was released in a mysterious coma in June and died soon afterwards.

But a spokesman for the North’s foreign ministry said Americans were still welcome.

“We will always leave our door wide open to any US citizen who would like to visit our country out of good will,” he said in a statement carried by the official Korean Central News Agency.

Washington’s State Department has declared US passports invalid for travel to, in or through North Korea.

No details of how US visitors might travel to the country in the circumstances were provided by the spokesman.

“There isn’t any reason for the foreigners to feel threat to their safety in the DPRK which has the most stable and strong state system,” he said, using the acronym for North Korea’s official name.

A few Americans have faced “due punishments in accordance with the laws of the DPRK” for committing crimes against the state, he added.

Tour companies say some 5,000 Western tourists visit the North each year, with US citizens making up about 20 percent of the market.

In recent weeks Pyongyang has launched two successful tests of an intercontinental ballistic missile that experts say could reach US territory.