Moeen Ali became the first bowler in The Oval’s 100 Test-history to take a hat-trick as England wrapped up a crushing 239-run win in the third Test against South Africa on Monday.

Off-spinner Ali ended the south London ground’s landmark match when, after having Dean Elgar (136) and Kagiso Rabada caught at first slip by Ben Stokes with the last two balls of his 16th over, he had Morne Morkel lbw with the first ball of his next — although England had to first review umpire Joel Wilson’s not out decision.

It meant Ali had become the 13th England bowler to take a Test hat-trick.

Victory put England 2-1 up in this four-match series, with just the fourth Test at Old Trafford starting Friday to come.

South Africa, set a mammoth 492 for victory, were all out for 252 after lunch, with Worcestershire all-rounder Ali taking four for 45. 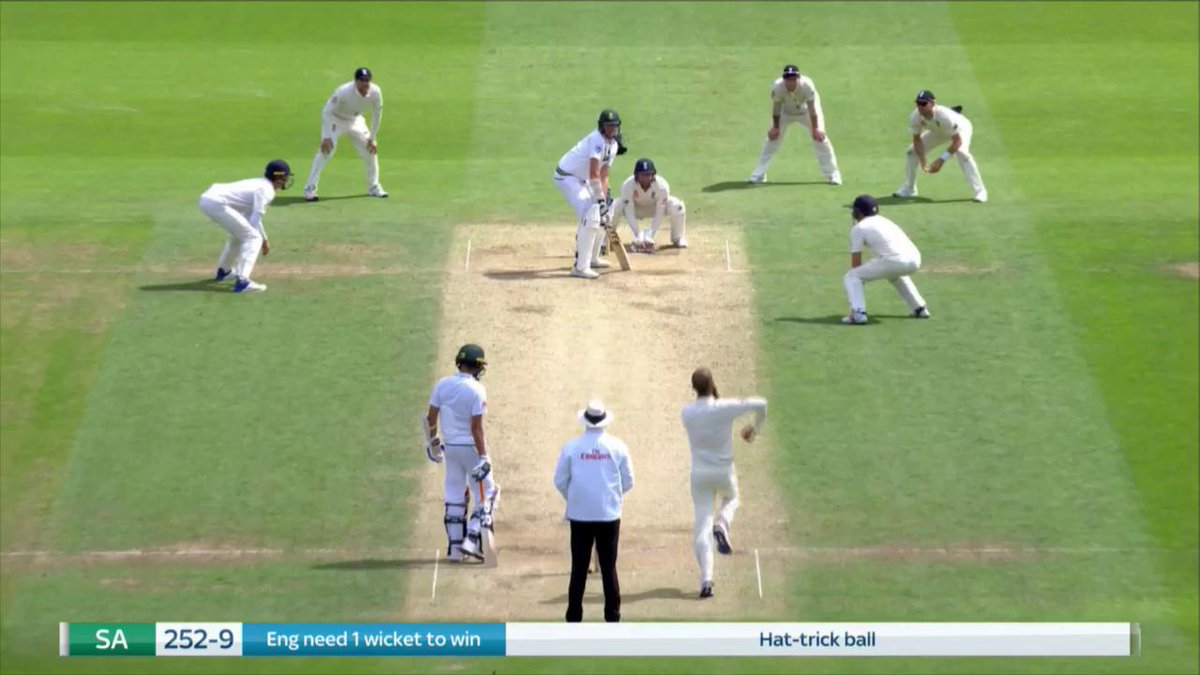 But the way this series has see-sawed — England won the first Test at Lord’s by 211 runs and South Africa took the second at Trent Bridge by 340 runs — will give the Proteas hope of bouncing back in Manchester.

South Africa resumed on 117 for four, with left-handed opener Elgar (72 not out) and Temba Bavuma (16 not out) having already helped the Proteas recover from 52 for four on Sunday.

Victory was all but beyond South Africa, with no side having made more to win in the fourth innings of a Test than the West Indies’ 418 for seven against Australia at St John’s in 2003.

Their more realistic, if difficult, goal was to bat out the minimum 98 overs on Monday’s last day to salvage a draw.

But it was not long before the gritty Elgar pulled and cut the seam-bowling all-rounder for two fours.