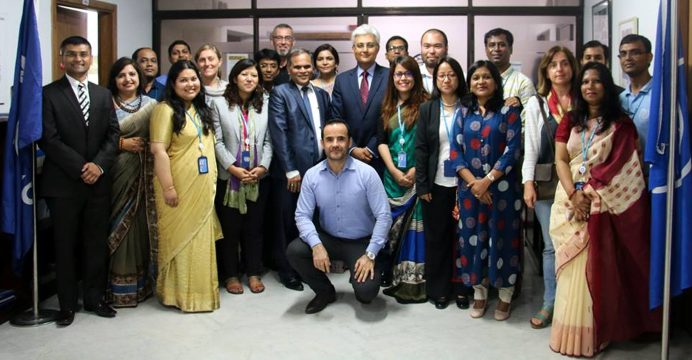 IOM gets same status and privileges as UN agencies from Bangladesh

Bangladesh is the first country to make a “full-fledged” cooperation agreement following IOM’s entry in the UN system, the IOM said in a Press release.

After 65 years of existence and global operations outside the UN system, the International Organization for Migration (IOM) became the UN migration agency last year. With the signing of the deal, Bangladesh has become the first Member State of IOM under the United Nations (UN) system to sign a full-fledged cooperation agreement granting IOM for UN agency privileges.

The agreement recognizes that the purpose and functions of IOM and its activities “warrant the granting of the same privileges and immunities as those that the specialized agencies of the UN are entitled to in accordance with the provisions of the Convention on the Privileges and Immunities of the Specialized Agencies,” IOM said.

The Cooperation Agreement was signed by Shahidul Haque, Foreign Secretary and Ovais Sarmad, chief of staff from the office of the Director General of IOM, in Dhaka on July 28.

“This is a step forward in strengthening IOM in its role within the UN system and in eventually assisting migrants,” Shahidul Haque said signing the agreement.

IOM’s Samrad thanked the government for this “important” decision. “We hope this conclusion and cooperation agreement will encourage other IOM Member States to also do the same”.