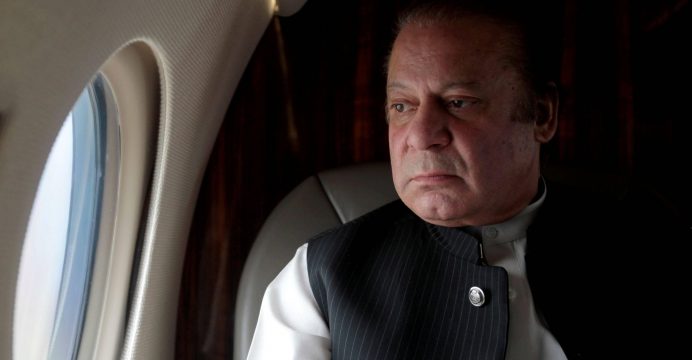 Pakistan’s ruling party will appoint Shahid Khaqan Abbasi as interim prime minister after the ouster of Nawaz Sharif, two sources close to the toppled premier said on Saturday, while Sharif’s brother has been chosen as his long-term successor.

Abbasi, 58, is a staunch Sharif loyalist and had been the petroleum minister in his cabinet until Friday, when Sharif resigned following a Supreme Court disqualification after a corruption probe, reports Reuters.

One senior PML-N official close to Sharif said Abbasi should be appointed “in an hour”, while a second source confirmed the appointment and the plan to have Abbasi in place until Shahbaz contests a parliamentary seat and becomes eligible to take over.

Shahbaz Sharif, 65, the chief minister of the vast Punjab province that accounts for more than half of Pakistan’s 190 million people, will also need to resign from his regional post.

Nawaz Sharif’s resignation on Friday has plunged the nuclear-armed nation into political turmoil after several years of relative stability. Sharif quit after he was disqualified by the Supreme Court over undeclared assets.

The court has also ordered a criminal investigation into Sharif, 67, and his family.

The ruling PML-N party has a strong majority in parliament so should have no problem appointing its choice as the new prime minister.