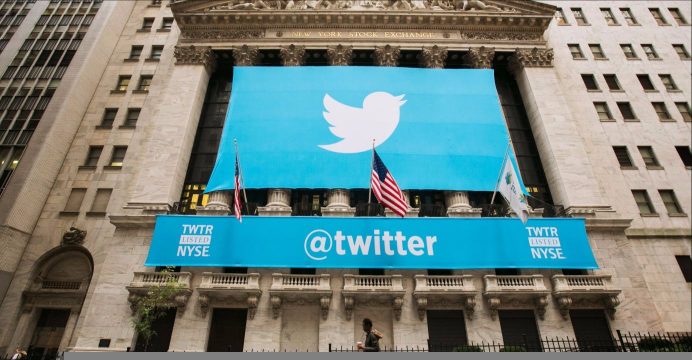 Twitter Inc heads toward its quarterly earnings report on Thursday

Twitter Inc heads toward its quarterly earnings report on Thursday with a stock that has risen more than 40 percent since April when much of Wall Street was ready to write off the tech company.

The number of people on Twitter will be in sharp focus on Thursday, when investors and analysts will see if it has kept up the 6 percent year-over-year growth in monthly active users it reported in April. Twitter said then that it had 328 million users.

Jack Dorsey, CEO of Twitter, speaks during an interview

“For a company that people thought six months ago was knocking on death’s door and going the way of Myspace and AOL, the double-digit rebound and the continued acceleration in users have really surprised investors,” BTIG Research analyst Richard Greenfield said.

The surge of interest is a morale boost for Twitter, which has limped through past earnings announcements, struggled to keep a stable management and suffered unfavorable comparisons to its bigger and more profitable competitor Facebook Inc.

This month, Twitter had a streak of 12 days when its shares closed up. The business is expected to report quarterly revenue of $536.6 million, according to a Thomson Reuters I/B/E/S forecast average. That would be a drop of 10.9 percent from $602 million a year earlier.

What has investors upbeat, though, is the number of people on the service, which public figures including U.S. President Donald Trump use to blast out 140-character messages.

“People are willing to give them the benefit of the doubt if they start to grow again,” Wedbush Securities analyst Michael Pachter said.

Other positive signs cited by analysts include co-founder and Chief Executive Officer Jack Dorsey purchasing additional shares and co-founder Biz Stone announced in May his return to Twitter. Ex-banker Ned Segal starts next month as Twitter’s next chief financial officer.