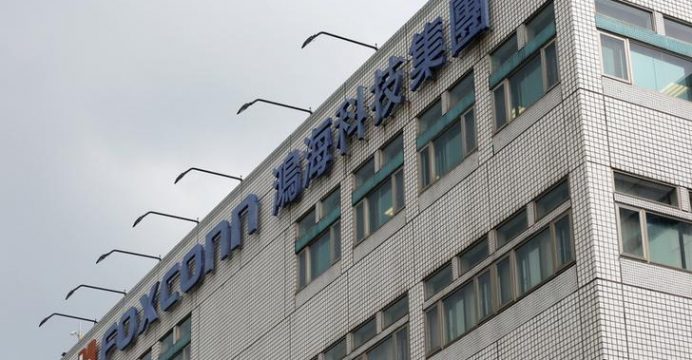 Electronics manufacturer Foxconn will announce plans to build a multi-billion dollar flat panel screen plant in Wisconsin at a White House event later on Wednesday, a source briefed on the matter said.

A White House official said President Donald Trump is hosting an event at 5 p.m. EDT with Foxconn “for a technology manufacturing initiative announcement that will bring jobs and billions of dollars in investments to our country.”

Foxconn, which is formally known as Hon Hai Precision Industry Co Ltd, said last month it plans to invest more than $10 billion in a display-making factory in the United States. Seven U.S. states have competed for new investments from Foxconn. The factory is expected initially to create 3,000 jobs and produces computer screens and TVs, reports Reuters.

Trump has called for companies to build more products in the United States and open additional plants. He has made several announcements since his election in November about U.S. investments by both foreign and domestic manufacturers, building on his campaign focus on boosting American jobs. Some of those announcements sought to take credit for previously announced investments.

Tai Jeng-wu, CEO of Foxconn’s Japanese unit Sharp Corp, said in June that six U.S. states were being evaluated for a possible location for a plant making displays.

Foxconn’s decision to build the plant in Wisconsin was reported earlier by the Milwaukee Journal Sentinel. The company is also a major supplier to Apple Inc for its iPhones.

Wisconsin Governor Scott Walker touted a “major jobs announcement for Wisconsin” planned later at the White House. Wisconsin was one of the Midwestern states that helped Trump win the White House in November.

Trump told the Wall Street Journal on Tuesday that Apple Chief Executive Tim Cook has committed to building three big manufacturing plants in the United States. Apple did not comment.