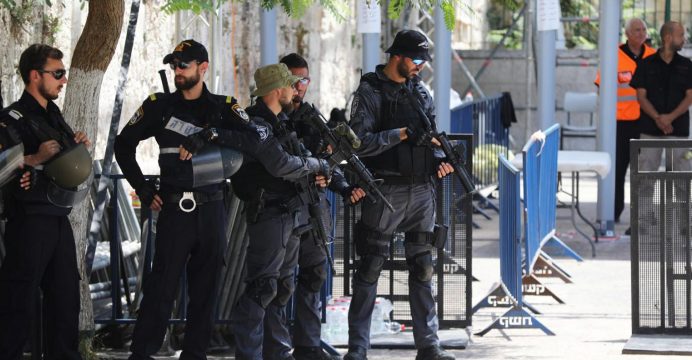 Israel said on Sunday it would not remove metal detectors whose installation outside a major Jerusalem mosque has triggered the bloodiest clashes with the Palestinians in years, but could eventually reduce their use.

Fueling fears of an escalation, Palestinian President Mahmoud Abbas said he would halt security ties with Israel until it scraps the walk-through gates installed at entrances to Al-Aqsa mosque plaza after two police guards were shot dead on July 14.

Prime Minister Benjamin Netanyahu was due to convene his security cabinet at 7.30 p.m. (12.30 p.m. ET) to weigh alternatives.

However, his right-wing government is wary of being seen to yield to Palestinian pressure over the site, which Jews revere as the vestige of their two ancient temples and which was among areas of East Jerusalem that Israel captured in a 1967 war and annexed as its capital in a move not recognized internationally.

“They (metal detectors) will remain. The murderers will never tell us how to search the murderers,” Tzachi Hanegbi, Israeli minister for regional development, told Army Radio.