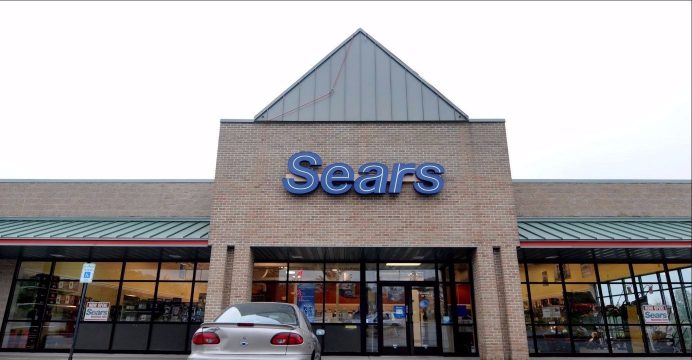 Sears Holdings Corp’s shares soared 20 percent after the struggling retailer said it would sell its Kenmore home appliances on Amazon.com and integrate the brand’s smart gadgets with the online giant’s Alexa digital assistant.

The deal will expand the distribution reach of Kenmore products, potentially giving a fillip to the company’s sales, which have been falling for years amid intensifying competition from Wal-Mart Stores Inc and Amazon, reports Reuters.

Syncing “smart” Kenmore appliances, such as connected room air conditioners, with Alexa, will allow users to control the gadgets with voice commands.

A Sears department store is pictured in La Jolla, California

Sears joins an increasing number of retailers and manufacturers, including Whirlpool Corp, Ford Motor Co, and Starbucks, which are integrating their products with Alexa as they look to garner sales through the popular digital assistant.

Alexa controls Amazon Echo, a speaker which lets the user call a cab, order pizza or shop on Amazon among other things. Investors cheered Sears’ deal – the stock was set for its best day in about four months.

Store-based retailers are increasingly looking to sell more online as they struggle with falling store traffic and growing competition from Amazon.

Footwear maker Nike Inc also said last month it would start selling a limited product assortment directly on Amazon, rather than through third-party and unlicensed dealers.