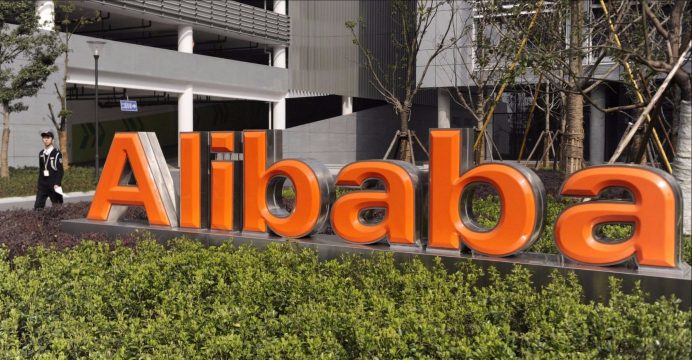 China’s Alibaba expects its revenue to expand by 45 to 48 percent in its fiscal year from April as more small businesses join its online community in search of sales, Executive Chairman Jack Ma said on Thursday. Alibaba had revenue of $22.99 billion in its year to the end of March.

“Our revenue this year, we will still have 45-48 percent growth, the money comes from solving problems for others,” Ma told hundreds of senior executives who filled a large ballroom in a five-star hotel to listen to him on his first visit to Africa.

A logo of Alibaba Group is pictured at its headquarters in Hangzhou, Zhejiang province, China

Ma, who founded the Hangzhou-based e-commerce firm, said he would consider investing in Kenya after meeting young entrepreneurs and being impressed by the East African nation’s broadband infrastructure, reports Reuters.

“I was surprised by the speed of the Internet,” he told the executives. He told a separate gathering at the University of Nairobi that the speed was faster than in some developed nations.

He said he would consider the investment opportunities he had seen in the country, and make a firm announcement at a later date, adding that the dozens of Chinese entrepreneurs who accompanied him had also been stirred by locals’ drive to build businesses.