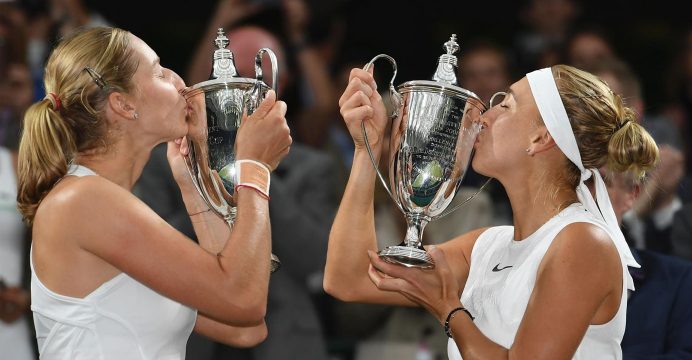 This victory was the first for Russian tennis players at Wimbledon, while Vesnina made her way to the Wimbledon final in pairs for the third time in her career, Makarova – the second. Before that, they won together the French Open in 2013, the U.S. Open in 2014 and gold medals at the 2016 Olympic Games in Rio de Janeiro