Liverpool midfielder Lucas Leiva looks set to join Lazio after the Serie A club on Monday posted a picture of the Brazilian having a medical on their official Twitter account.

British media said Liverpool had accepted a bid of 5 million pounds for Lucas, who was pictured on Sunday holding a Lazio scarf at an airport where he was mobbed by fans. 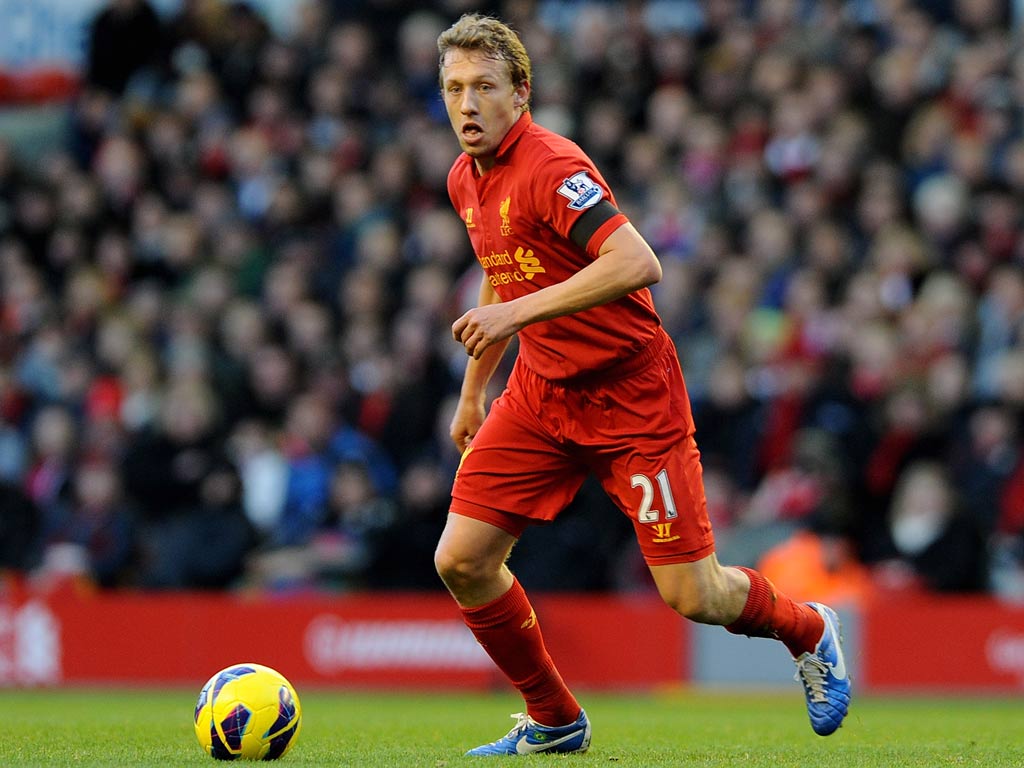 He is Liverpool’s current longest-serving player after 10 years on Merseyside but was left out of the squad for Friday’s friendly draw with Wigan Athletic to sort out his future.

The 30-year-old started 19 games in all competitions last season and has made a total of 346 appearances — 247 in the Premier League — since arriving from Gremio in 2007.