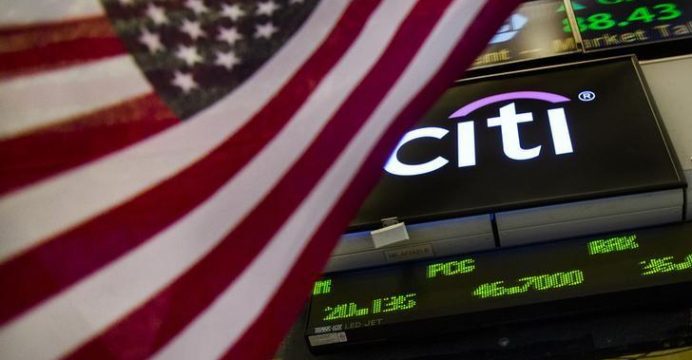 Citigroup Inc reported a quarterly profit that beat analysts’ estimates as trading revenue held up better than the company’s forecast and loans grew.

The lender said markets revenue declined about 7 percent in the second quarter from a year earlier, smaller than the 12 percent drop Chief Financial Officer John Gerspach had projected at a conference two weeks before the end of the quarter, reports Reuters.

Loans at the end of the period were up about 2 percent from a year earlier, as well from the end of March, indicating a new momentum for lending.

Operating expenses rose 1.3 percent to $10.51 billion. But the ratio of expenses to revenue remained at 59 percent. Tangible book value per share increased 6 percent to $67.32.

Citigroup’s shares were nearly flat in premarket trading. Up to Thursday’s close, the stock had gained 12.8 percent this year.

The shares have climbed toward their tangible book value since mid-April largely in anticipation of the company being allowed by the Federal Reserve to use excess capital to buy back stock.

Citigroup got the go-ahead on June to repurchase up to $15.6 billion of common stock over the next year – nearly twice as much as the year before – as well as double its quarterly dividend to 32 cents per share, bringing total payouts to $18.9 billion for the period. Wells Fargo & Co, the third-biggest U.S. bank by assets, also reported on Friday.