Vettel and Hamilton face off again in Austria

Sebastian Vettel celebrated his 30th birthday on Monday but it can be safely assumed that Lewis Hamilton will not be bringing any gifts to Austria this weekend.

After the ‘road rage’ of Azerbaijan two weeks ago, the Formula One title rivals head to the bucolic surroundings of the scenic Red Bull Ring, and its backdrop of hills and forests, with controversy still simmering.

Vettel, Ferrari’s championship leader, had risked a heavy penalty for his moment of madness in driving into Hamilton’s Mercedes behind the safety car in Baku but instead the German arrives in Austria with no further sanction and the matter officially closed.

Vettel has had to accept full responsibility, and apologize to Hamilton, and will have to stay on best behavior with a race ban looming if he collects any more penalty points on his license this weekend.

But the incident, the sport’s major talking point post-Baku, is unlikely to die down immediately even if Mercedes say they have moved on.

Hamilton, for one, has said nothing. 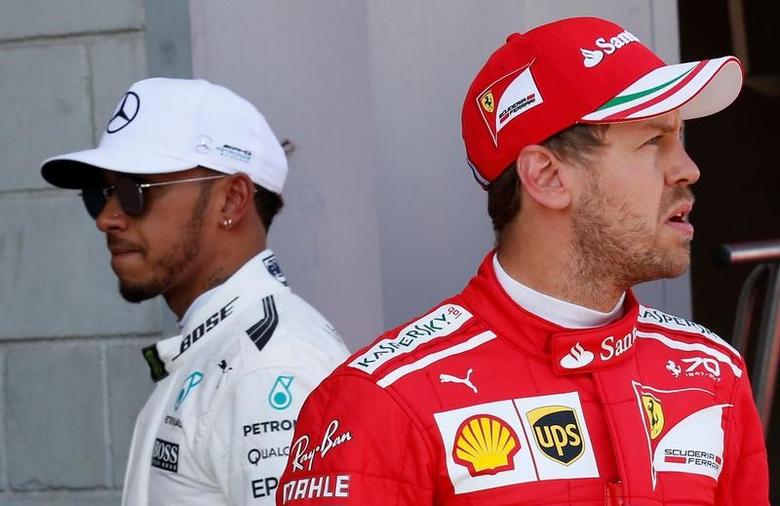 But he has kept social media buzzing with news he had ‘liked’ a fan’s supportive post on Instagram that said the Paris decision had sent the message that “you can do whatever you want on track, smash into each other but if you suck up and just apologize and you get away with it”.

Hamilton is now 14 points behind Vettel after eight of 20 races, with a loose headrest costing the Briton victory in Azerbaijan. Vettel, despite a stop-and-go penalty, finished fourth and one place ahead of his rival.

Austria, the birthplace of Mercedes team boss Toto Wolff and non-executive chairman Niki Lauda, offers Hamilton the chance to take some of those lost points back.

Mercedes have won every year since the race returned to the calendar in 2014 and Hamilton is the only driver on this season’s grid to have won in Austria — doing so last year after a last lap collision with his now-retired team mate Nico Rosberg.

“Every great Formula One season is marked by a great rivalry. Last year it was our internal battle between Lewis and Nico and this year it seems that the fight is on between Ferrari and Mercedes and Lewis and Sebastian,” said Wolff.

“As calm as it started, it was only a matter of time until the rivalry would eventually become more fierce and controversial. That moment happened in Baku and we saw the results of that tension on track.

“We have moved passed that moment now and it is a closed chapter.”

Aside from the Mercedes-Ferrari battle, Red Bull will also fancy their chances in front of a home crowd after Australian Daniel Ricciardo won in Baku for his fourth successive podium finish.

This time, Dutch teenager Max Verstappen will be hoping it is his turn.

“Luck evens itself out. Daniel has had four podiums and a race win but I’m sure a big race is around the corner for Max,” team principal Christian Horner said after Baku.