Germany survived a whirlwind assault by Chile and capitalised on an awful mistake by the South Americans to claim a 1-0 victory in a pulsating, bad-tempered Confederations Cup final on Sunday.

Germany won the title for the first time after Lars Stindl scored the only goal in the 20th minute when Chile midfielder Marcelo Diaz gave the ball away on the edge of his own area.

Chile, playing with their trademark high octane style and driven forward by another relentless display by Arturo Vidal, dominated the match but were let down by poor finishing. 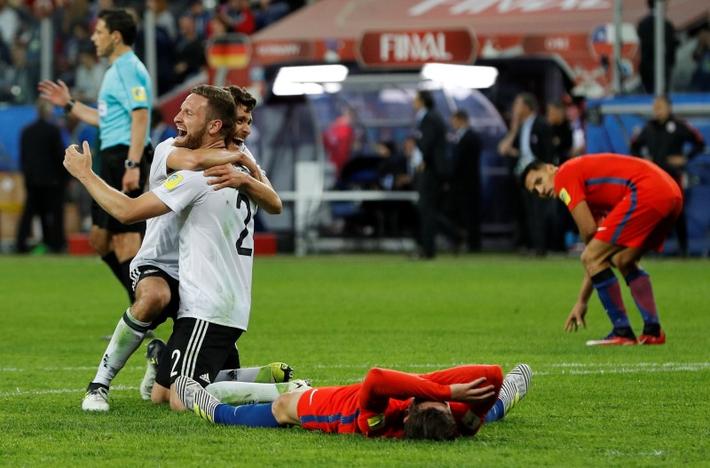 A dramatic game featured missed chances, defensive howlers, scuffles and two video reviews, one producing a highly controversial outcome in the second half.

Chile defender Gonzalo Jara elbowed Timo Werner by the touchline and Serbian referee Milorad Mazic, alerted by the video assistants, let him off with a yellow card instead of a red.

Shortly afterwards, Mazic turned down Chilean appeals for a penalty, stood by his original decision after another review incident and booked Eduardo Vargas for drawing an imaginary television screen. 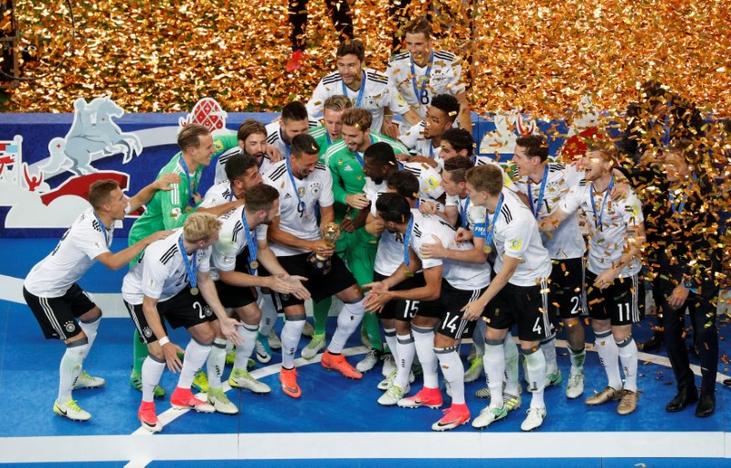 It was a remarkable achievement for Germany to lift the trophy with a young, experimental squad, although it could also be a bad omen as no team has ever won the World Cup after winning the Confederations Cup the year before.