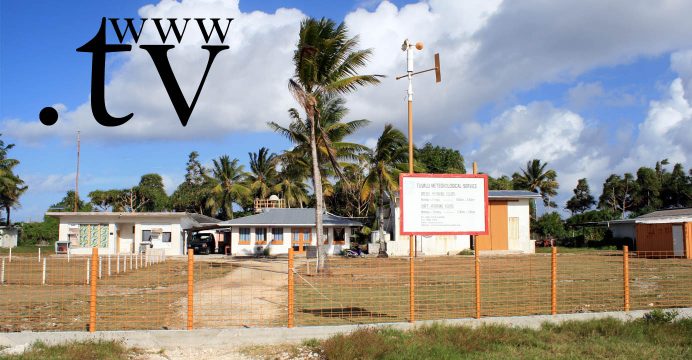 An Internet domain to save a country’s economy!

Can you imagine a country’s large amount of economy depends on an internet domain name? Yes, the domain .tv you are seeing used as many media and television channel website domain name is not a short form of Television, it’s representing a small country Tuvalu.

Except for reserved names like com.tv, net.tv, org.tv and others, any person may register second-level domains in TV. The domain name is popular, and thus economically valuable, because it is an abbreviation of the word television.

Tuvalu, formerly known as the Ellice Islands, is a Polynesian island nation located in the Pacific Ocean, about midway between Hawaii and Australia. Tuvalu has a population of 10,640. The total land area of the islands of Tuvalu is 26 square kilometers (10 sq mi). Tuvalu is also known as one of the smallest and poorest countries in the world. Tuvalu has very poor land and the soil is hardly usable for agriculture. There is almost no reliable supply of drinking water.

Tuvalu has a yearly budget of $14 million. The economic situation of the tiny state could be entirely useless if Tuvalu has not got an Internet domain .tv, the sale of which the country annually earns millions of dollars. The Government of Tuvalu worked with the International Telecommunications Union and established a process to select a managing partner for the domain suffix.

On 6 August 1998, a licensing agreement was signed with Information.CA of Toronto under which it agreed to pay an up-front payment of US$50 million for exclusive marketing rights to Tuvalu’s domain until 2048, with the country manager of the Government of Tuvalu for the .tv extension being The .tv Corporation International.

Meanwhile, Tuvalu is not the only country that is cashing from the luck of having a domain; there are others in the race like Turkmenistan (.tm), Tonga (.to), and Micronesia (.fm).