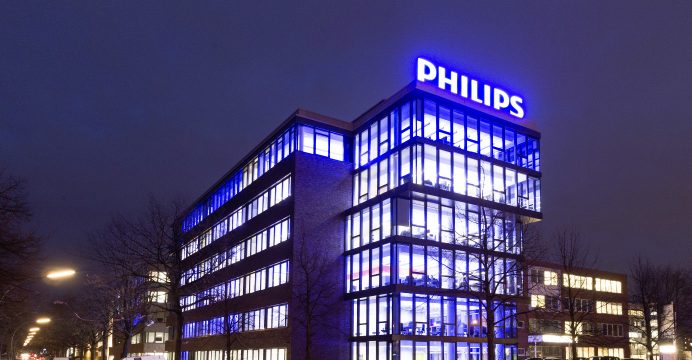 Dutch healthcare company Philips has agreed to buy U.S.-based Spectranetics Corp, a maker of devices to treat heart disease, for 1.9 billion euros ($2.16 billion) including debt, as it expands its image-guided therapy business.

Spectranetics uses techniques including lasers and tiny drug-covered balloons to clean the insides of veins and arteries that have become clogged due to heart disease. Philips will pay Spectranetics shareholders $38.50 per share, a 27 percent premium to their closing price on June 27, reports Reuters.

Philips Chief Executive Frans van Houten has transformed the former conglomerate into a focused maker of healthcare equipment over the past five years, spinning off its lighting division and selling most of its remaining consumer products business.

Philips said Spectranetics, which expects sales of around $300 million this year, will continue to grow revenues at double-digit rates and will begin adding to Philips’ earnings in 2018.

After the acquisition “we will have quite a nice lineup of devices for both heart, coronary, peripheral, vascular therapies,” he said. “In combination with our image-guided systems which enable doctors to see inside the body and use these tools, we have a very compelling market position.”

Separately on Wednesday, Philips announced a new 1.5 billion euro share buyback program that will begin in the third quarter and run for two years.