When Bangladesh battle India in the Champions Trophy semi-final on Thursday it will be the consecration of a new Asian cricket rivalry.

Indian Virat Kohli spoke with glowing respect about India’s opponents on Thursday, stating there can be no guarantees against Bangladesh these days given their rise to No6 in the one-day world rankings and their toppling of New Zealand last week.

Kohli’s defending champions are overwhelming favourites on a fresh pitch at Edgbaston but this has been a tournament of upsets so far, none more so than when Mashrafe Mortaza’s side chased down 266 at Sophia Gardens last Friday, which ultimately booked their semi-final place.

“We’ve been in this kind of games before quite a few times but there are no guarantees in this sport,” said Kohli, who is chasing a first global trophy as captain. 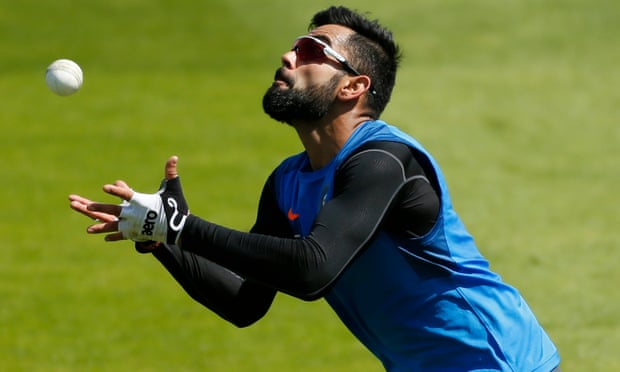 “They have cricketers who are skilled, who are committed and play with a passion – that shows in their attitude. They were outstanding the way they applied themselves [against New Zealand] – they showed a lot of composure and patience, and that is always a sign of a side that is mature now, that knows how to win matches from difficult situations.”

Bangladesh’s players are on a remarkable journey to the top of the game. At the Champions Trophy, they managed to finish — partly by luck, partly by skill — above Australia and New Zealand to qualify for the semifinals of a major tournament for the first time.

On Friday, Bangladesh beat New Zealand in Cardiff, Wales, to give itself a chance of qualifying for the semifinals of the Champions Trophy. Progress was sealed when Australia lost to England in Birmingham the following day.

“I think everyone has contributed to what we are today,” Bangladesh captain Mashrafe Mortaza said. “The whole nation will be with us, as they were in our desperate times and good times.”

Now Mortaza says the team have to brush aside pressure so they can play with a “free mind” against India to prove their worth.

While India-Pakistan is one of the world’s biggest sporting rivalries, Bangladesh is fast emerging as a worthy competitor.