Islamic State militants enslaved Noura Khalaf for three years, dragging her from her small Iraqi village across their territory in Syria. They bought and sold her five times before she was finally freed with her children last week.

Khalaf is one of many Yazidi women that Kurdish fighters in northern Syria have set out to free from Islamic State in covert operations, a female Kurdish militia commander told Reuters.

They have dubbed the operation “revenge for the women of Sinjar”, the homeland of Iraq’s ancient Yazidi minority which Islamic State overran in the summer of 2014.

The militants slaughtered, enslaved and raped thousands of people when they rampaged through northern Iraq, purging its Yazidi community. They abducted Yazidi women as sex slaves and gunned down male relatives, witnesses and Iraqi officials say. Nearly 3,000 women are believed to be still in captivity. 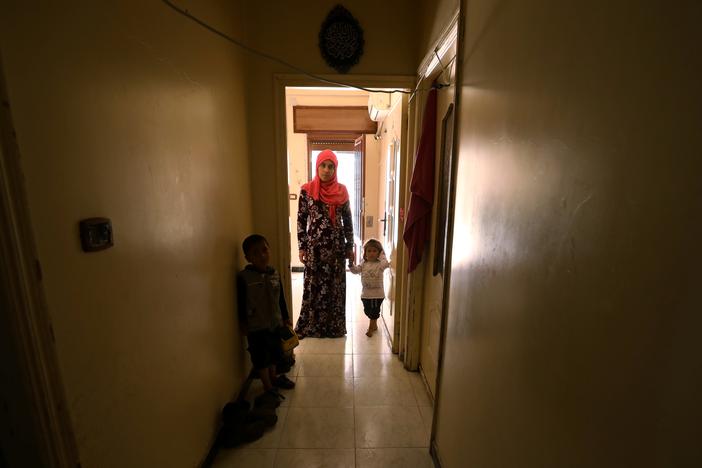 Nisreen Abdallah, a commander in the YPJ militia, said around 200 women and children from northern Iraq have been freed in various parts of Syria so far.

The Kurdish YPG militia and its all-female YPJ brigade rescued them in what she described as covert operations into IS territory that began last year. Abdallah declined to divulge more details for security reasons.

The Syrian militias launched this mission as part of their U.S.-backed offensive on Raqqa, Islamic State’s base of operations in Syria, she said.

With the YPG at its forefront, an alliance of Kurdish and Arab militias began pushing into Raqqa last week, after advancing on the city since November.

“Since then, we have been working to liberate the Yazidi women held captive by Daesh,” Abdallah said. In the case of Khalaf, she said Kurdish fighters made contact with her and drew up “an appropriate plan” to free her unharmed.