Fire engulfed a 24-storey housing block in central London in the early hours on Wednesday, killing at least six people and injuring at least 50 others in an inferno that trapped residents as they slept.

Eyewitnesses described people trapped in the burning Grenfell Tower, in north Kensington, screaming for help and yelling for their children to be saved. 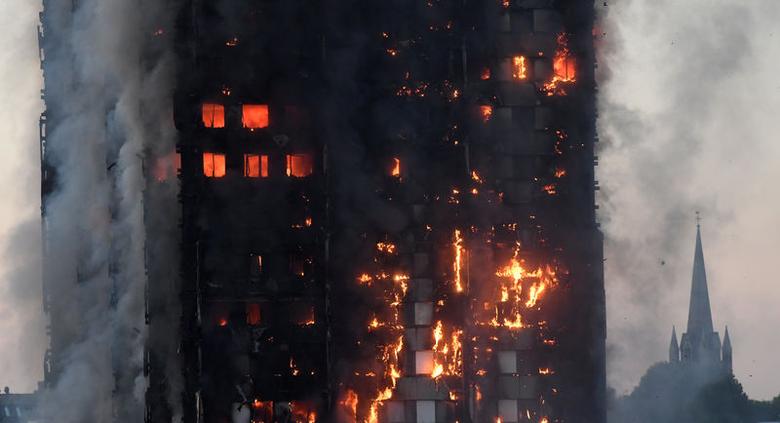 The 24-storey block, which is still on fire, looks at risk of collapsing.

More than 200 firefighters, backed up by 40 fire engines, fought for hours to try to bring the blaze, one of the biggest seen in central London in recent years, under control. Fire-fighting crews still had to reach the top four floors of the building where several hundred people live in 130 apartments.

London mayor Sadiq Khan said the fire raised questions over safety of high-rise blocks like Grenfell Tower. The BBC reported that a political deal between the government of Prime Minister Theresa May and a small Northern Irish party could be delayed because of the aftermath of the fire.

The cause of the fire was not immediately known.