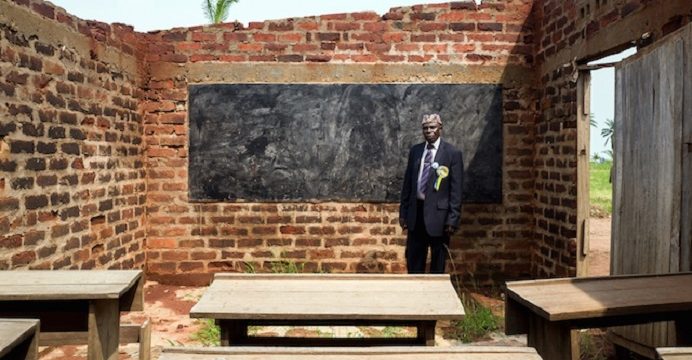 More than 150,000 children are missing out on school as violence and attacks against civilian populations continue in the Greater Kasai region of the Democratic Republic of the Congo (DRC).

Since the start of violence in August 2016, 639 primary and secondary schools have been damaged by attacks and many unaffected schools are now being used as emergency accommodation for families displaced by the violence. School facilities have been also been occupied by fighting forces and lingering insecurity has created a culture of fear, leaving children and teachers unwilling or unable to return to the classroom.

“It is essential to give children the opportunity to return to the classroom as quickly as possible,” said Dr Tajudeen Oyewale, UNICEF’s Acting Representative in DRC.

“Schools should be safe places where children can learn and begin to recover from the stress of the displacement or the memories of what they might have seen. Returning to the classroom can give children a small sense of normality in troubled times.”

On 28 July 2016, the Democratic Republic of Congo signed the Oslo Declaration on Safety in Schools. By endorsing this Declaration, the country committed to promoting and protecting the right to education in situations of conflict.

UNICEF estimates that more than one in ten children of primary school age in the region has had their schooling interrupted as a result of violence. Many schools in the region have not been operating for more than 100 days.

“Even if the volatile security situation limits humanitarian access, we have to take advantage of calm moments in some areas to intervene and restore education,” said Dr Oyewale. “The future of too many children will be at risk if nothing is done to provide emergency assistance in education.”

UNICEF is supporting more than 3,600 children to take the national primary school final exam to help them advance to middle school, even in the midst of the crisis. The education response also offers remedial courses for out of school children, school equipment, and uniforms. 64 new teachers in the affected areas have been trained since the start of the year, and 24 classrooms have been refurbished and are back in use. UNICEF needs $40.2 million for its emergency response in the Greater Kasaï region.