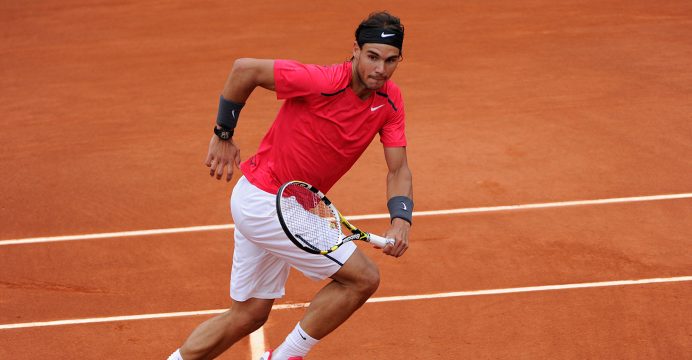 Rafa Nadal moved to within one victory of ‘La Decima’ at the French Open as he demolished rising Austrian Dominic Thiem 6-3 6-4 6-0 with a daunting show of force in Friday’s semi-final.

The 31-year-old Spaniard, ready to reclaim his Roland Garros crown after a two-year hiatus, dispatched the sixth seed in little more than two hours and is on the verge of becoming the first player to win the same grand slam tournament 10 times.

He faces Swiss Stan Wawrinka in Sunday’s showpiece match in what will be only his second clash with the Swiss at Roland Garros — having won convincingly four years ago.

“Now remains one match against a very tough opponent. He played a very tough match this afternoon, so he will be full of confidence for Sunday,” Nadal told reporters referring to Wawrinka’s five-set victory over top seed Andy Murray.

“He’s a dangerous player because he can hit the ball very hard. I need to play aggressive, if not I’ll be in big trouble.”

Thiem, like fourth seed Nadal, had reached the semi-final without dropping a set and had trounced Serbian defending champion Novak Djokovic in the quarter-finals.

But after starting brightly in the early evening sunshine, his challenge disappeared into the encroaching shadows on Court Philippe Chatrier an arena on which Nadal has never lost a semi-final or final since his debut in 2005.

Nadal has dropped only 29 games to reach the final surpassing his previous best of 35 in 2012 and only two more than Bjorn Borg’s record set in 1978.