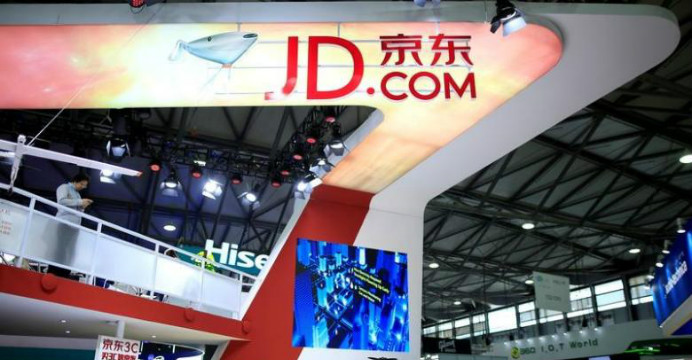 JD.com Inc, China’s second-largest e-commerce company, plans to enter the Thai market later this year in a move to expand its overseas business beyond Indonesia, its founder and chief executive said on Friday.

Richard Liu also told Reuters in an interview the company planned to use Thailand as a hub for servicing other Southeast Asian countries such as Vietnam and Malaysia, reports Reuters.

“Thailand will come soon, before the end of the year. We will invest a lot and also find the best local partners to work together with. Everyone could be possible, but not Lazada,” Liu said, referring to the fact that the Southeast Asian online retailer is now controlled by JD.com’s largest domestic rival Alibaba Group.

Liu said he was confident his firm could compete with Alibaba in that market and elsewhere in Southeast Asia.

“When we entered the e-commerce business 12 years ago … Alibaba was already a giant. It couldn’t kill us. How can it do so today?” Liu told Reuters.

“Unless we make some serious strategic mistake, no competitors can actually beat us nowadays.”

But he declined to say how much JD.com would invest in Thailand, though said it was likely to be less than he was investing in Indonesia, which accounts for almost all its current business outside China.

Amid intense competition, JD.com has expanded into fast-moving consumer goods, including household supplies, food, and drink. The company has also diversified into data, cloud and artificial intelligence services.

In May the firm posted its first quarterly profit since its share listing in 2014, as an expanded product line-up attracted more active users, but also cautioned the cost of expanding at home and abroad could crimp profits growth.

It made a first-quarter net profit of 355.7 million yuan on revenue up 41 percent at 76.2 billion yuan ($11.21 billion), while active customer accounts total more than 237 million.

Liu also said the firm was pressing ahead with its adoption of drones to deliver goods between cities and remoter areas including sourcing agricultural and wild produce in the southwestern province of Sichuan and adjoining Shaanxi province.

He said JD planned to build 180 so-called drone network “airports” in the mountainous Sichuan region where vehicle deliveries would cost more and take much longer. Each of these drone launchpads would likely cost around 600,000 yuan he said.

“In the mountains there is a lot of … very good food like wild fruits, like fish, mushrooms, chicken, everything that is safe, more organic or green food,” Liu said.

Packages delivered to remote villages now cost around five times more than in large cities, Liu said, but with drones this could be reduced to around twice the cost. Deploying drones across China’s vast rural hinterland could potentially grow into a “multi-billion” yuan business for JD he said, without giving exact projections.