Iran parliament and Mausoleum under attack, at list 12 person killed

Suicide bombers and gunmen attacked Iran’s parliament and the Mausoleum of Ayatollah Khomeini in Tehran on Wednesday morning. According to The media, at least 12 people were killed in the attacks and dozens were injured. An hours-long siege at the legislature, where parliament had been in session, has ended with four of the assailants dead.

Islamic State claimed responsibility and released a video purporting to show gunmen inside the parliament building and one body, apparently dead, on the floor. 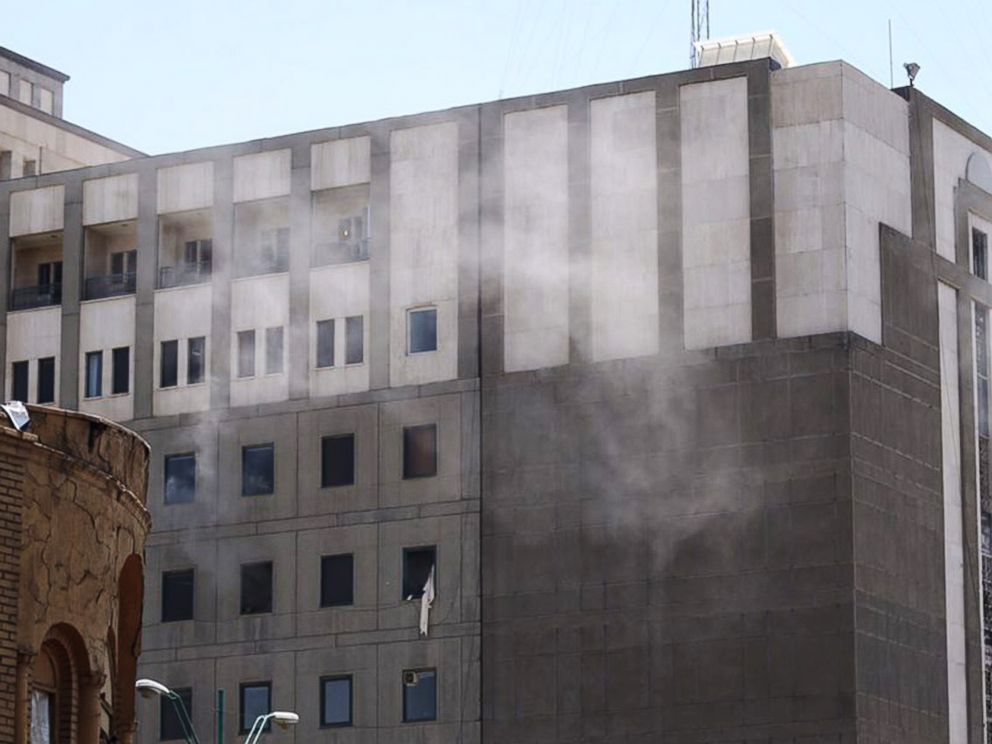 Tensions in the Middle East were already high; after a visit by President Trump, Saudi Arabia and several Sunni allies led a regional effort on Monday to isolate Qatar, the one Persian Gulf country that maintains relations with Iran.

The incident could exacerbate tensions in Iran between newly re-elected President Hassan Rouhani, a pragmatist, and his rivals among hardline clerics and the powerful Islamic Revolutionary Guard Corps (IRGC).

One of them detonated a suicide vest in the parliament, he said. About five hours after the first reports, Iranian media said four people who had attacked parliament were dead and the incident was over. 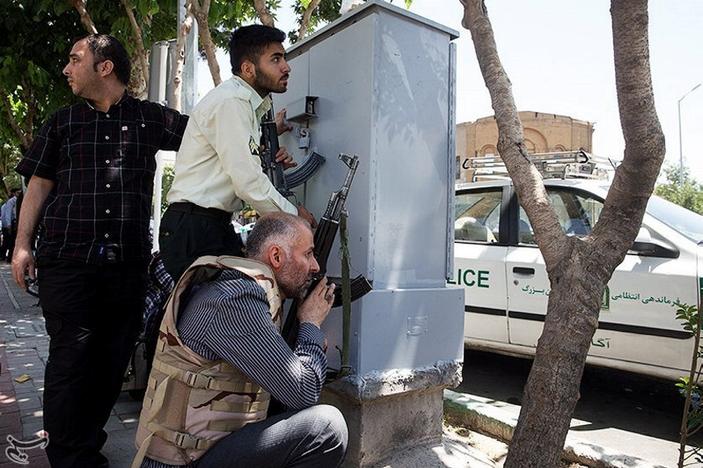 The attacks began mid-morning when gunmen stormed the parliament building in Tehran. One of the assailants later blew himself up inside, according to a statement issued by Iran’s state news agency, IRNA.

The attacks unfolded over several hours, starting around 10:30 a.m., when men armed with assault rifles and suicide vests — some of them dressed as women — descended on the Parliament building, killing at least one security guard, and wounding and kidnapping other people. The standoff lasted for about four hours. 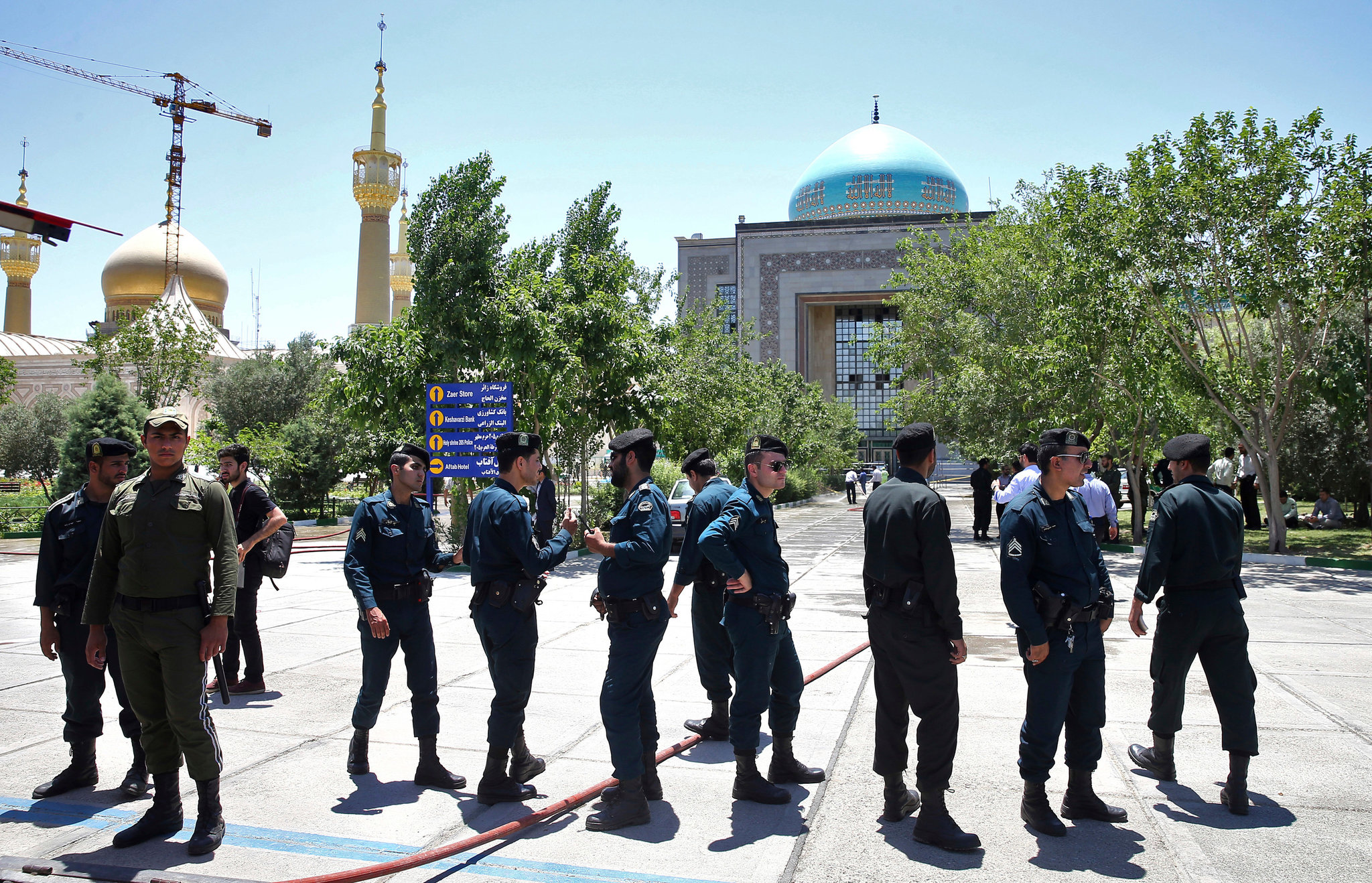 Soon after the assault on parliament, another bomber detonated a suicide vest near the shrine of the Republic’s revered founder, Ayatollah Khomeini, a few kilometers south of the city, Zolfaghari said, according to Tasnim.

A second attacker was shot dead, he said. The shrine is a main destination for tourists and religious pilgrims.