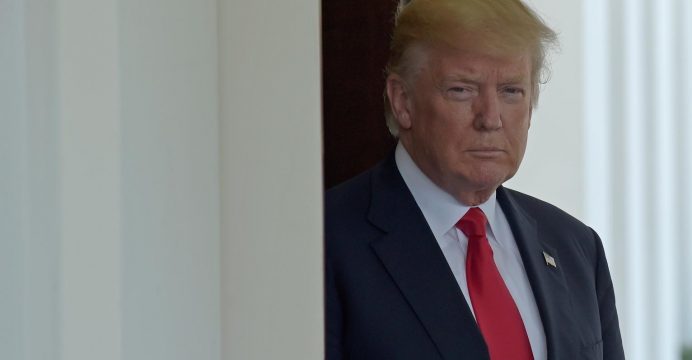 When Vietnam’s prime minister sat down with President Donald Trump at the White House last week, it reflected a concerted Vietnamese lobbying effort unmatched by most Asian peers.

It also underlined the strategic importance the one-time enemy has secured under Trump in the face of China’s increasing regional weight and despite a growing surplus that frustrates U.S. trade hawks.

Among Asian leaders, Prime Minister Nguyen Xuan Phuc’s reception followed only those for his Japanese and Chinese counterparts, reports Reuters.

Fearful it would lose security and business gains made under the Obama administration, Vietnam’s lobbying began as soon as Trump was elected.

Vietnam got a call set up between Phuc and Trump more than a month before he took office.

Helping to spearhead contacts was Vietnam’s ambassador in Washington, Pham Quang Vinh, a veteran of successful efforts under the Obama administration to lift an embargo on arms sales. Pham was also instrumental in the Trans-Pacific Partnership (TPP) trade pact, which Trump ditched – to Vietnam’s consternation.

Unlike most Southeast Asian countries, Vietnam retains a Washington lobbying firm – the Podesta Group – which it pays $30,000 a month, according to Justice Department documents.

Both the foreign minister and deputy foreign minister made trips to Washington. Also pressed into service were friends in congress, academics and both U.S. and Vietnamese businesses, according to diplomats and researchers.

Vietnam’s message was taken to the National Security Council, specifically to Matt Pottinger, senior director for East Asia, and to Vice President Mike Pence’s office as well as Defense and State Departments.

Having a career U.S. ambassador in Hanoi helped. Vietnamese-speaking Ted Osius was not among political appointees swept out by Trump.

“They really ‘flooded the zone’ and comprehensively improved the relationship,” said Carl Thayer, of Australia’s Defence Force Academy. “The devil will be in the details, but at this point it does seem to be a success as a piece of pro-active diplomacy from Hanoi.”

There were broad smiles at the White House, where Trump appeared more at ease with Phuc, a business-minded communist bureaucrat, than Western leaders who bridle at his “America First” policies.

China is always near the top of Vietnam’s concerns, although it tries to avoid alienating its neighbor.

The joint statement with Trump was just as supportive for Vietnam as one last year – particularly on the South China Sea, where Vietnam is the most vocal opponent of Chinese claims.

In fact, there was more: a possible U.S. carrier visit, acquisition of U.S. defense equipment and both naval and intelligence cooperation.

Trump is due in Vietnam in November for the meeting of countries in the Asia Pacific Economic Cooperation group.